I was recently giving a talk on the past, present and future of digital networks and the underlying technologies, and I was asked for my view on ‘Who invented the internet?’ This is a question that has frequently been posed over the past couple of decades, and the answer is typically Tim Berners-Lee (WWW/HTTP), Cerf & Kahn (TCP/IP), Baran, Davies, Kleinrock & Roberts (packet networking), or Bob Metcalfe (Ethernet), or some combination of these pioneering inventors.  But my personal view is that the ‘internet’ is now a much broader concept and so perhaps there is a different answer to this question in 2019. So, I decided to re-examine this question and to use a semi-quantitative approach to answering it.

First, we have to consider—what actually comprises the internet today?

I have my own quite expansive or inclusive view, but rather than be subject to my own bias, I thought it would be apropos to use one of the leading sources of information on the internet: Wikipedia.  The Wikipedia definition of the internet is as follows:

The Internet is the global system of interconnected computer networks that use the Internet protocol suite (TCP/IP) to link devices worldwide. It is a network of networks that consists of private, public, academic, business, and government networks of local to global scope, linked by a broad array of electronic, wireless, and optical networking technologies. The Internet carries a vast range of information resources and services, such as the inter-linked hypertext documents and applications of the World Wide Web (WWW), electronic mail, telephony, and file sharing.

This definition of the internet—a worldwide network of networks that link together devices using a broad array of electronic, wireless and optical networking technologies—is very much in line with my view from a networking infrastructure point of view.  And, in effect, this includes everything from the devices to the wireless and fixed networks that provide the internet ‘on ramp’ to the set of optical and electronic switches and routers that form the metro and core parts of the internet and the fabric of the data center networks that house the servers that run the internet services and support the foundational world wide web protocols.

The net result of this analysis in shown the graphic below.  It is immediately clear that there is much more to the invention of the modern internet than the question (and prior answers) suggests. 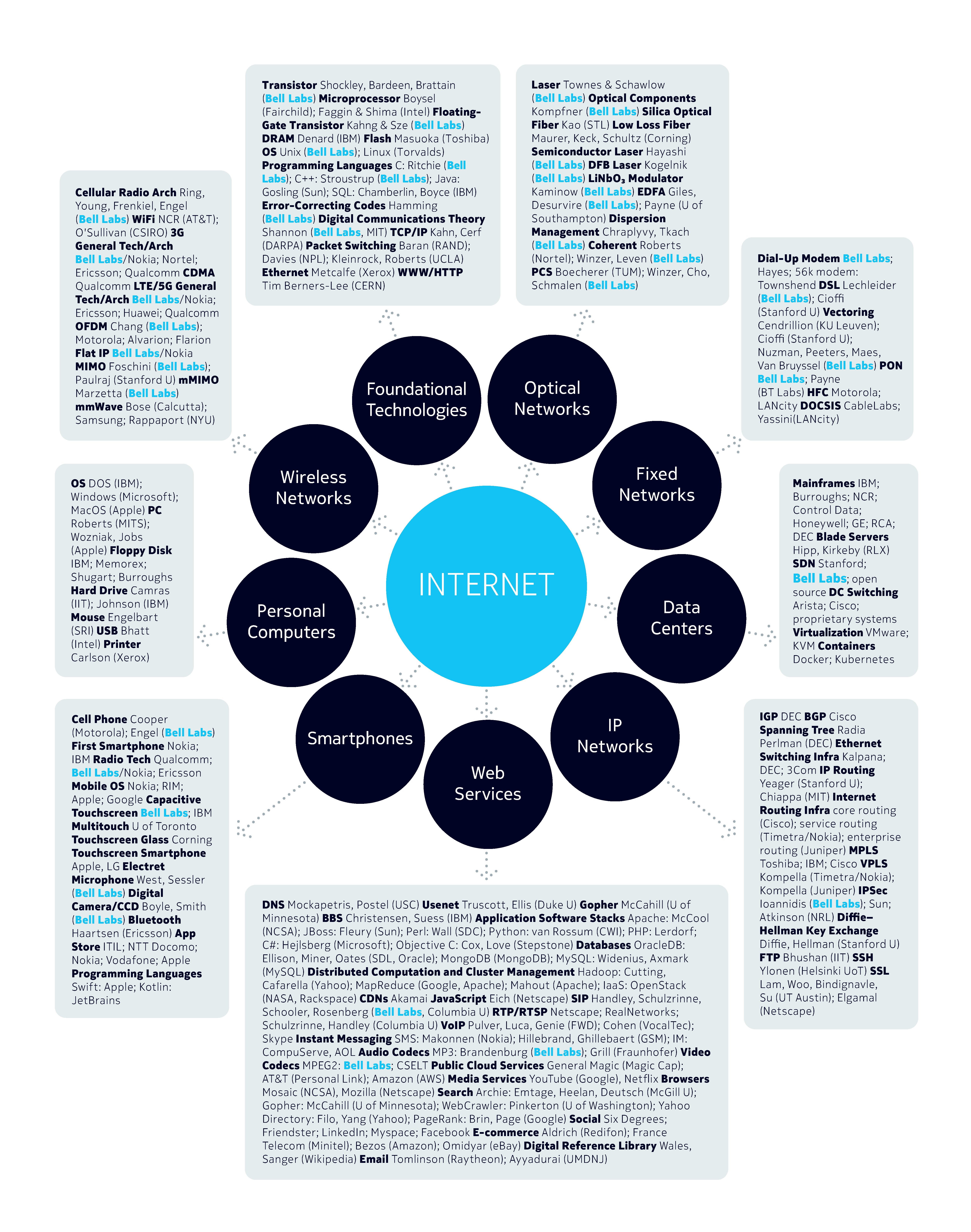 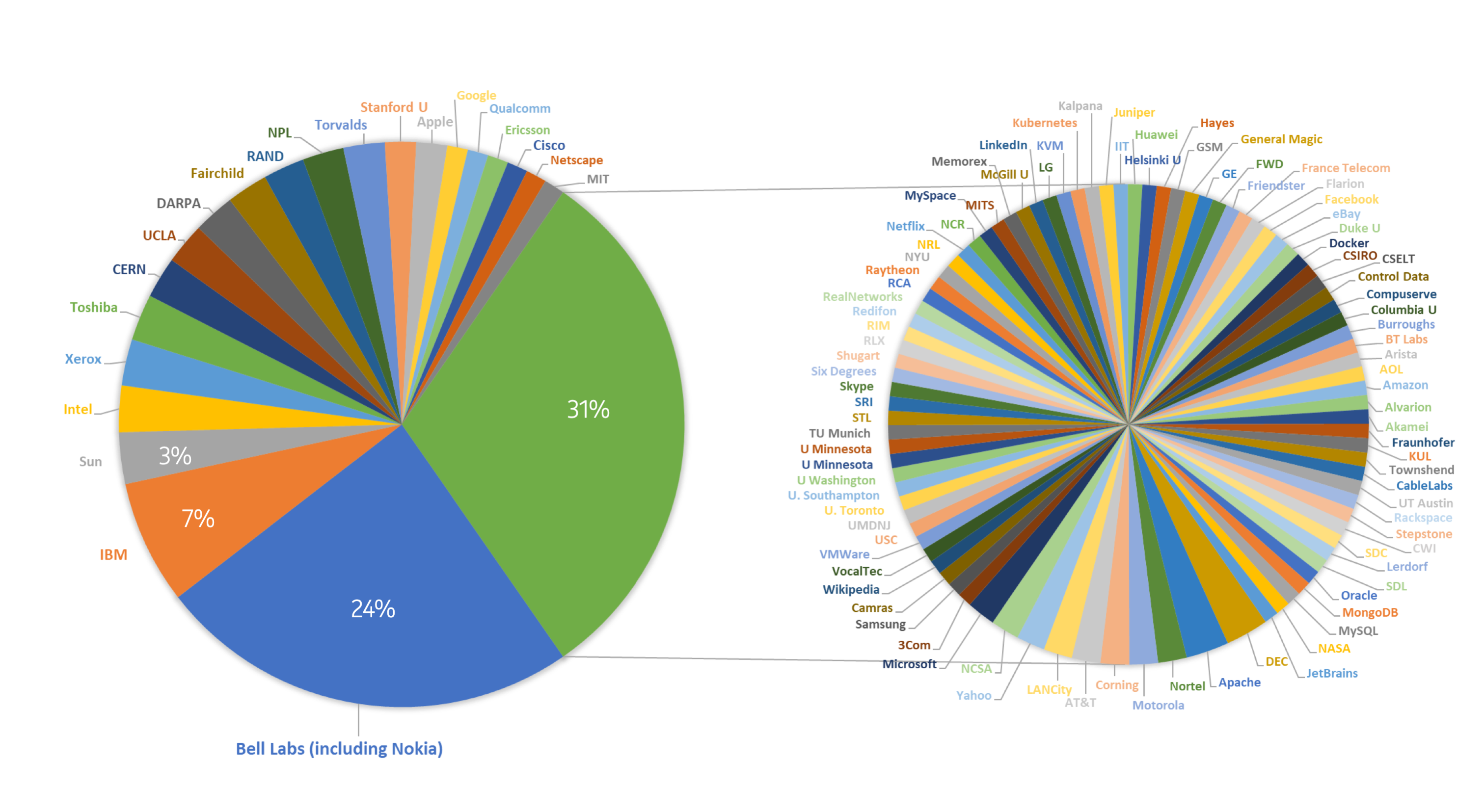 Figure 2. Relative proportions of the internet invented by the pioneering organizations shown in Figure 1, with higher weight given to the foundational innovations  (click figure for higher resolution view, see footnote on scoring methodology below)

Looking at the two figures, one would have to conclude that the answer to the question I posed is that ‘Bell Labs invented the internet’, with significant contributions from IBM (DRAM, Magnetic storage), Intel (Microprocessor), Xerox (Metcalfe), CERN (Berners Lee), UCLA (Kleinrock & Roberts), DARPA (Kahn & Cerf), Fairchild (Microprocessor), as well as Toshiba (Flash memory) and Linus Torvalds (Linux).  Even if one gives equal weight to the foundational technologies, rather than the ‘8 point’ weight, the conclusion is the same

So now it is germane to contemplate what does this suggest for the next phase of the internet—the ‘industrial internet’ that will form the basis of the next industrial revolution?  Who will invent that internet?

Well, it is of course too early to say that with any certainty, but one can foresee the critical components of technological innovation in the industrial internet age, which I think are:

Looking at this set, it would seem that a combination of industrial, academic and governmental research and development will be required once again, to span the gamut of fundamental and applied research, and systems and solution development.  This next phase of the internet is surely beginning now, with the advent to end-to-end 5G devices, networks and systems and the associated platforms, and will continue to the 6G era and beyond. And at Bell Labs and Nokia, we are hard at work to create this internet, once again.

So, on this World Internet Day, I salute the past and present internet inventors, and look forward to the emergence of the next set, whose innovations will likely have an even more profound effect on the way we live and work, by driving manifest changes in human productivity, the like of which we haven’t seen since the first and second industrial revolutions, more than 60 years ago.

[May 31, 2019 Note: Thanks to reader responses to this article, I realized I had omitted a number of critical web technologies, including Apache, Perl/Python/PHP (critical parts of the so-called ‘LAMP’ suite, in addition to Linux), as well as JBoss server suite.  I also omitted database technologies (SQL language, MySQL, MongoDB, OracleDB) and distributed cloud management tools and technologies (Hadoop, MapReduce, Apache Mahout, OpenStack).  Last, but by no means least, I omitted a few critical programming languages (C, C++, Objective C, C#, Java), and Swift and Kotlin on the mobile application side. After addition of these missing technologies, the result remains essentially unchanged with Bell Labs including Nokia representing 24% of the internet inventions in the weighted case (rather than 23%).  I will periodically update this analysis to correct errors and omissions, as well as to recognize emerging critical internet technologies.]

FootnoteFootnote: Note on scoring for ‘Bell Labs, including Nokia’: Given the various parent companies of Bell Labs over the digital age (AT&T, Lucent Technologies, Alcatel-Lucent), all these inventions listed were simply ascribed to ‘Bell Labs’.  Inventions that are ascribed to the new parent company, Nokia, were then added to this set; however, where there were technology innovations from both Bell Labs and Nokia, only a single innovation was counted, to eliminate ‘double counting’ to make the accounting consistent with the other organizations considered, as much as possible. 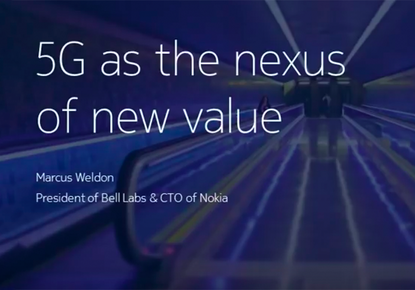