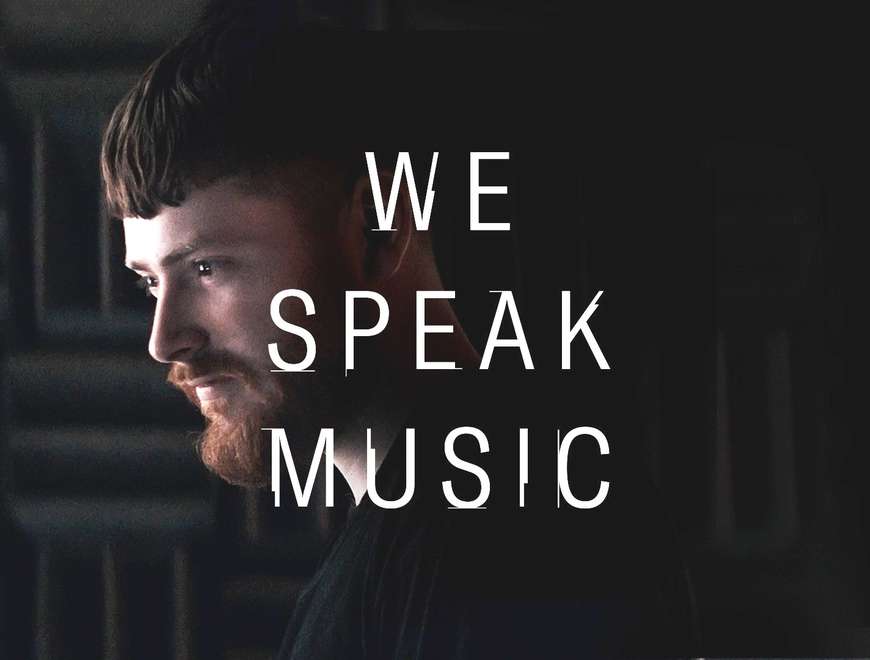 Tomorrow, we will release Episode One of our ground-breaking documentary series, We Speak Music, as part of our Experiments in Art and Technology (E.A.T) program. This is one of our most ambitious E.A.T. projects to date and builds on almost a century of artistic and technological collaborations.

Bell Labs has a long history of interdisciplinary collaboration and our track record of innovation speaks for itself. One example of this collaboration is how we have fused technology and the arts. Bell Labs began pioneering the fusion of creatives with the technologists long before Artists-In-Residence (AIR) and STEAM (STEM with an A for arts) programs became popular. We started in the 1930s where our engineers collaborated with the famous conductor Leopold Stokowski from 1931 – 1932 to achieve the first audio transmission of stereo sound. Then in the ‘50s and ‘60s, we invited pioneering artists of the time such as James Tenney and Lillian Schwartz to join our Artist-in-Residence (AIR) program. These artists developed the first computer graphics, computer art and computer sound. Then in the mid-‘60s, two Bell Labs engineers, Billy Klüver and Fred Waldhauer, joined forces with renowned artists such Robert Rauschenberg, John Cage, Robert Whitman, and others to form the seminal 9 Evenings of Theater and Engineering which led to the creation of the Experiments in Arts and Technology (E.A.T.) organization. The 9 Evenings and the E.A.T. movement inspired, to this day, generations of artists who look to fuse technology into their art. These engagements carried on into the ‘80s, but unfortunately around that time, the organization’s energy dissipated.

We recently reenergized our E.A.T. program at Bell Labs and today we have many longer-term artist residencies along with short-term collaborations with artists across the world. Our AIR program involves deeply embedding the artists within our research groups for the best part of a year. We provide equipment, materials, budget, studio space, proximity to world leading scientists and access to world leading technology. The artists take part in team and project meetings where there is an overlapping interest. In effect, the artists become extended team members; fostering the greatest level of collaboration. In essence, we provide the means to for these artists to accelerate and realize their creative ideas while the artists introduce deeper human centric thinking into our technology practice.

Our mission within the modern E.A.T. program is to create new modes of communication that will go beyond the limitations of the spoken and written word and enable sharing of emotion, meaning and develop deeper understanding between all people. We strive to break down the many barriers that exist between people by enabling higher order modes of communication. We examine current and future communication technologies such as texting, social media, augmented reality, virtual reality, music, machine learning and artificial intelligence, etc. to determine their impact on humanity. Our goal is to invent technologies that will augment our senses and enable improved methods of communication, interaction and sharing.

We are very excited about the collaboration with one of our new Artists-in-Residence (AIRs), Reeps One that has resulted in the We Speak Music documentary series. Reeps One is a creative polymath and is internationally regarded as one of the world’s best beat boxers. Beat boxing is the technique where a human can make sounds as if they were generated by a computer. Our goal in this collaboration was to explore the future of voice communication with Reeps given the emergence of voice-activated technologies like Alexa, Siri and Cortana. Through our partnership, we examined the role of the human voice; what it means to be human (human identity), the role of voice in community and education, the role of voice in deeper scientific understanding of how the brain functions, and in particular, we explored the creative potential of artificial intelligence (AI).

Changing the Narrative on AI

Through our many conversations with Reeps One, it became clear that we both had a passion for showing the creative potential of AI. We are frustrated with the negative discourse around AI in the popular media and fundamentally disagree that AI will be a tool used for dire actions. We believe that AI will open up an entirely new wave of human creativity and we wanted to show the potential of the technology in a novel way that will act as a strong counter point to all that popular media negativity.

To that end, we developed a concept called “Second Self” where Reeps One trained the AI system to beat box so he can collaborate with the algorithmic machine. After a relatively short period of time, the machine learning algorithms were able to perform at a level that surprised Reeps One. In the documentary, you can see the moment when Reeps One realizes that a machine can sound just like him which puts into question the uniqueness of his voice and hence also his identity. Furthermore, the AI system was able to create new sounds and beat boxing patterns that Reeps One never used.

What was most interesting about this collaboration was that Reeps One trained the AI to beat box and in turn the AI system teaches him new sounds and patterns. This is an amazing breakthrough for AI – one of the world’s best beat boxers and a creative polymath was taught something by the AI system that he trained! Think about the potential for AI to augment our creativity and productivity at home, at work and at a play. Think about the ways that we can potentially automate the mundane using AI so that we have more time to collaborate with creative AI systems that will enable us to develop new technologies that will better all of humanity. If AI can enhance the creativity of a world expert like Reeps One imagine what it could do for the rest of us!

We are excited to share this demonstration of the creative potential of AI. We believe that AI will be, for the most part, a force for good for humanity. We believe that AI may help unlock a new wave of global human creativity and ultimately it is our creativity that will differentiate us from machines. We encourage you to watch the We Speak Music documentary series and share your thoughts on social media using the #WeSpeakMusic hashtag.

Domhnaill Hernon is Head of Experiments in Arts and Technology (E.A.T.) at Nokia Bell Labs. He is passionate about turning research/ideas into reality and exploring the bounds of creativity to push the limits of technology. He is currently responsible for Bell Labs global activities in E.A.T. where he collaborates with the artistic and creative community to push the limits of technology to solve the greatest human need challenges. 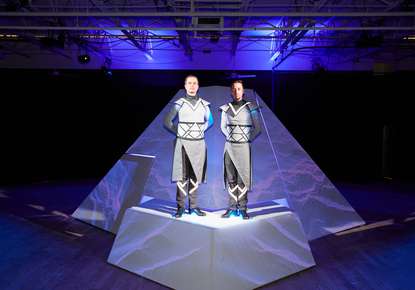 A discussion with Hammerstep on activating technology with human movement