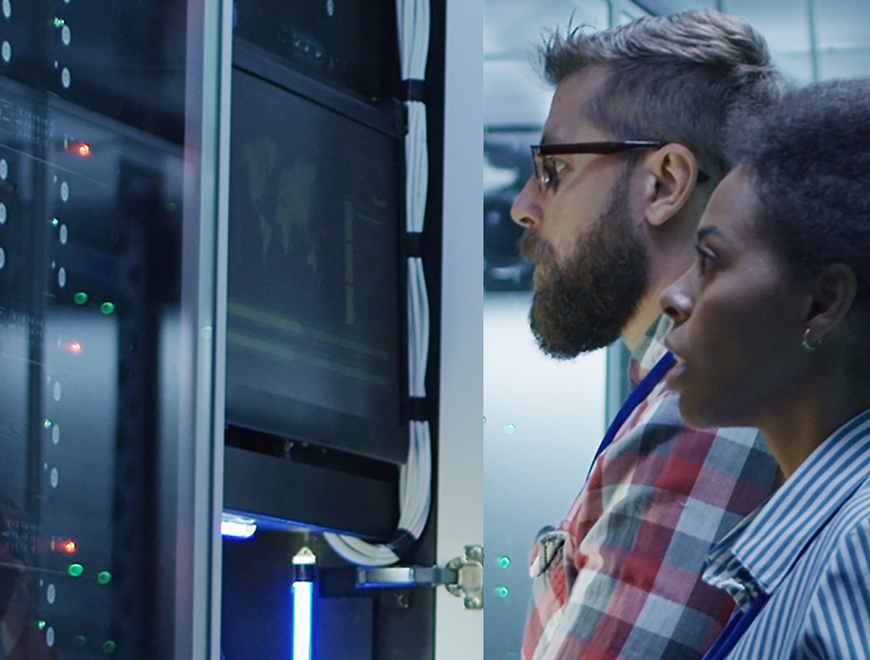 Editor’s Note: To celebrate the International Day of Light, we are publishing a series of blog posts highlighting the latest optical innovations at Nokia Bell Labs. This is the second in the series. You can find the first, Maria Ionescu’s post on AI in subsea optical systems, here.

When Bell Labs researchers built the first semiconductor laser 60 years ago, they could hardly have imagined that one day their invention would be the underlying transmission tool connecting networks of densely distributed intracity data centers to enable the new paradigm of edge cloud computing. But that is exactly what’s happening today. Fiber-optic communications has grown far beyond its roots in long-haul transport. Instead of bridging oceans or connecting distant cities, fiber is increasingly linking data centers and enterprises mere dozens of kilometers away.

That trend is driven by the constant thirst for more data capacity, which has increased 60% per year for the last 30 years. That growing data consumption means that the world doesn’t merely need bigger optical pipes; it needs fiber to go to places it never needed to go before: neighborhoods, homes, businesses and factories. Fiber has long been a crucial connection technology for data centers, but the move to edge cloud is resulting in a huge proliferation of local data centers. By moving processing power and services closer to the edge of the network, a wealth of new cloud-based applications dependent on low latencies and highly reliable connections emerge. For instance, autonomous vehicles need to process tremendous amounts of sensor data in real-time as do 5G industrial automation systems.

Many of the most advanced optical technologies today are designed to optimally transmit data over 10,000km, not the 80km or less typically separating edge data centers. Those technologies are extremely powerful, but they’re also extremely complex and extremely power hungry – they simply can’t scale to meet the operational and cost efficiencies necessary to fulfill the vision for the future edge cloud. The challenge for Nokia Bell Labs and the ICT industry is to design a new type of optical system, one that can reproduce the capacities of long-haul systems without their complexity. To optimize optical networks for the edge cloud, we need to simplify them, making them lower in cost and smaller in size while reducing their power consumption. We accomplish that by jamming as much information as possible onto a single wavelength of light.

A recipe for quadrupling data rates

Today most data center interconnects (DCIs) support speeds of 400 Gbps over a single wavelength. As with long-haul systems, one fiber optic cable can support the transmission of roughly 45 channels using wavelength division multiplexing (in the C-band), which allows for the parallel transmission at different colors of the optical spectrum resulting in a total of 18 terabits per second (Tbps) that can be transmitted over a single fiber strand using today’s commercial solutions.

The issue is that this configuration places huge demands on digital signal processing, power consumption and WDM (Wavelength Division Multiplexing) capabilities, which in turn drive up costs. While that kind of configuration may be ideally suited for an optical system transmitting across oceans and continents, it is hardly optimal for DCI applications. To connect these edge computing hubs, the industry needs to transmit fewer wavelengths over a single fiber while maximizing the capacity over each of those channels. To do that we need to look toward efficient coherent technologies and simplified integrated transponders, which support even faster speeds over short distances.

With our research partners at Micram Microelctronic we have developed advanced converters enabling data rates of over 1 Tbps on a single wavelength, which is already more than double the current state of the art. We didn’t stop there, however. Given the enormous growth of DCI applications, we desired to both increase the efficiency of the transmission as well as prove that a highly integrated laboratory system could perform reliably in the field. Last summer our wish become reality. We were able to test our laboratory system in Etisalat’s production network in the United Arab Emirates, where we faced a particularly difficult challenge due to the network’s higher-attenuation glass fibers. In the experiment in Dubai, we were then able to set two world records: 1) transmission at a capacity of 1.3 Tbps per wavelength and 2) demonstration of 50 Tbps per fiber over DCI distances on a commercial network

With these records we had come close to the system limits for transmission efficiency. We therefore set about at improving the system by developing a converter that was 28% faster! After integrating this new converter extensively into our testbed, we conducted more laboratory experiments. This spring those experiments yielded some astonishing results. We set a new world record over a single wavelength of light with a transmission data rate of 1.52 Tbps. This rate is almost four times faster than today's fiber systems for DCI and is comparable to the parallel streaming of 1.5 million YouTube videos. Our next step is to demonstrate those speeds in the field.

Changing the way we think about optics

This record is significant not just for DCI, but the entire fiber optics industry. We can optimize all fiber transport systems with these technologies, leading to huge gains in long-haul capacities. But this research is particularly meaningful for future cloud connectivity as it shows the innovation focus is shifting from maximizing the number of channels, to maximizing the efficiency of each channel. Whereas today 45 parallel wavelengths are transported on one fiber, this number is reduced to 32 with these new techniques, but the total data rate on each fiber increases by a factor of 2.5.

We don’t just gain far faster speeds, though. Fewer channels means fewer transponders, lower WDM requirements and less digital signal processing. That greatly simplifies these systems, allowing them to achieve the needed high capacities for a fraction of today’s cost. That’s exactly the direction we need to head in if we want to build the highly distributed data center architectures required by new 5G applications in the edge cloud. The history of the internet has proven one thing quite clearly: the world has a practically insatiable demand for data, but it is fundamentally unwilling to pay more for that data. That desire to boost capacity while simultaneously driving down the cost of that capacity is exactly what’s driving much of the new innovation in optical systems today. 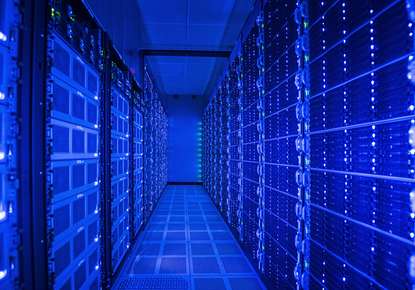 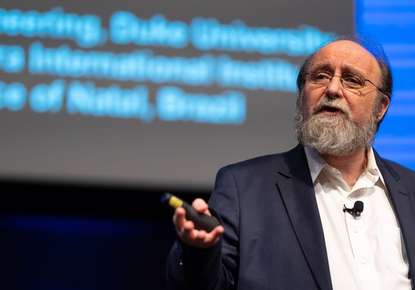 Podcast: The brain-machine interface and the future of human augmentation 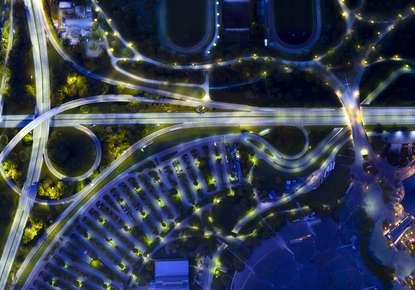