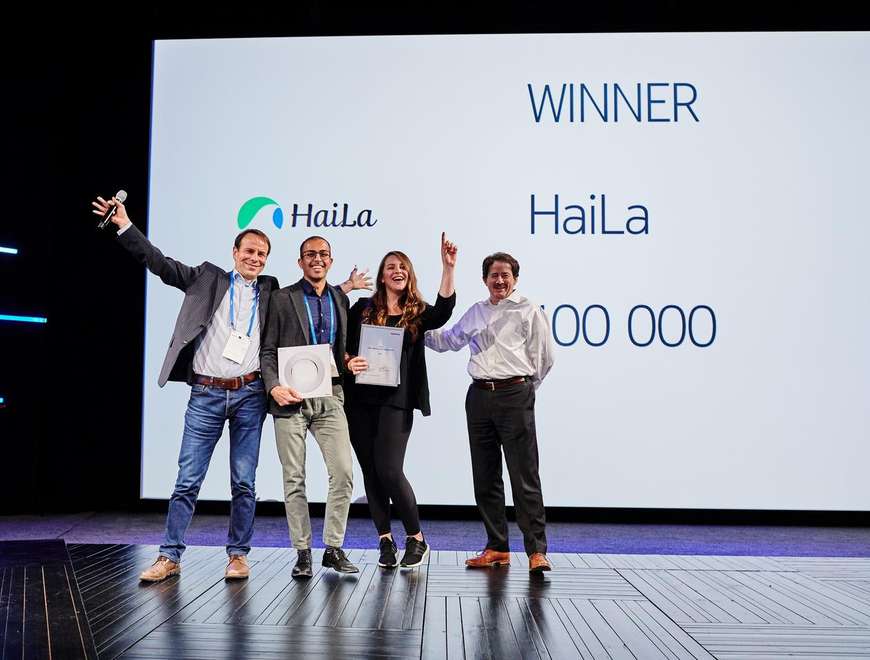 The Nokia Open Innovation Challenge 2019 (NOIC 2019) culminated on November 21st.  In a fierce but friendly contest that started in April, more than 200 startup companies competed for best innovation under the theme of industrial automation. In the aftermath of hearing so many fresh angles on industry-changing technologies, this feels like a good moment to stop and reflect on the concept of productivity and why it is important for Nokia Bell Labs to work with start-ups in its mission to empower the next industrial revolution.

Adopting technical innovation to increase productivity is almost the definition of industrialization. Productivity is fundamentally about producing more value while consuming fewer inputs. Therefore, to improve productivity, we can either increase the amount of value generated, or reduce the consumption of inputs.

That brings us to the two companies that came out on top at NOIC 2019, HaiLa and Wandelbots. Both companies had two things in common that made them stand apart. First, both had ideas and technologies that could, once mature, dramatically reduce the consumption of inputs, leading to big boosts in industrial productivity. Second, they were both doing something that many people would have considered impossible only a few years ago or even now.

HaiLa, the Montreal-based winner of NOIC 2019 is a radio company without radios. They have promised an Internet of Things where connected IoT devices require no cable, battery or radio transmitter to supply or consume power. All that is needed to turn any object into a connected IoT sensor is a cheap electronic sticker, much like an RFID tag. HaiLa aims to pull this off with a combination of two ideas: harvesting energy from ambient radio waves to power the sensor, and then using those same radio waves to send their own signal as they reflect from HaiLa's tag – in essence, hitchhiking on the radio noise that surrounds us. No special equipment is needed at the receiving end, either.

HaiLa’s idea certainly has a lot of potential: hardware and service costs are typically the largest costs in an IoT system. Once the technology is commercially ready, many existing IoT use cases could become much more cost efficient and sustainable through the removal of batteries, wiring and radio equipment. In addition, many other IoT use cases that have so far not been economically viable could turn viable with HaiLa's technology.

Second prize at NOIC 2019 went to Wandelbots, a German robotics company that doesn’t make robots. The last thing industries need is another industrial robot maker, Wandelbots argues. Instead industrial companies need easier ways to program the robots they already have – not their “cobots” but true heavyweight industrial robots. Because there are so few people who know how to program these robots, especially for complex functions, they are often poorly utilized or relegated to simple tasks. Even when an industrial company manages to hire a skilled robot programmer, this expert often only knows how to program a single manufacturer's robots. Wandelbots' vision is to build a universal “operating system” for robots, much like Microsoft did for PCs, democratizing industrial robotics by enabling everyone, without any code-writing skills, to program any robot just by using smart input devices and example-based teaching.

Both HaiLa and Wandelbots are creating technologies geared at achieving industrial productivity gains, but so are many of the 200 companies that competed at NOIC 2019. What intrigues Nokia Bell Labs most about these two startups is how they embrace extremely difficult problems. Uniting all robots under the same operating system seems like an impossible challenge. So does radio transmission without a radio or harvesting energy from thin air. We share the same ethos at Nokia Bell Labs: like HaiLa and Wandelbots, we seek big challenges that can yield transformative results. We also aspire to think differently and find solutions to almost impossible problems. Of course, in some ways we are also different from these companies. Nokia and Bell Labs have a whole lot of systems engineering and standards knowledge on end-to-end networks, allowing us to see and influence the broader picture. Meanwhile start-ups can often be very efficient at pioneering a focused idea but struggle to fit into the end-to-end network technology ecosystem. That is why we organize the Nokia Open Innovation Challenge every year, and every year our efforts are rewarded with new innovation. 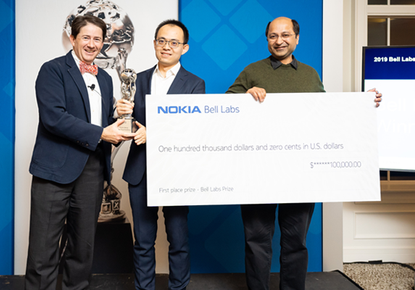 2018 Nokia Open Innovation Challenge - and the winner is?