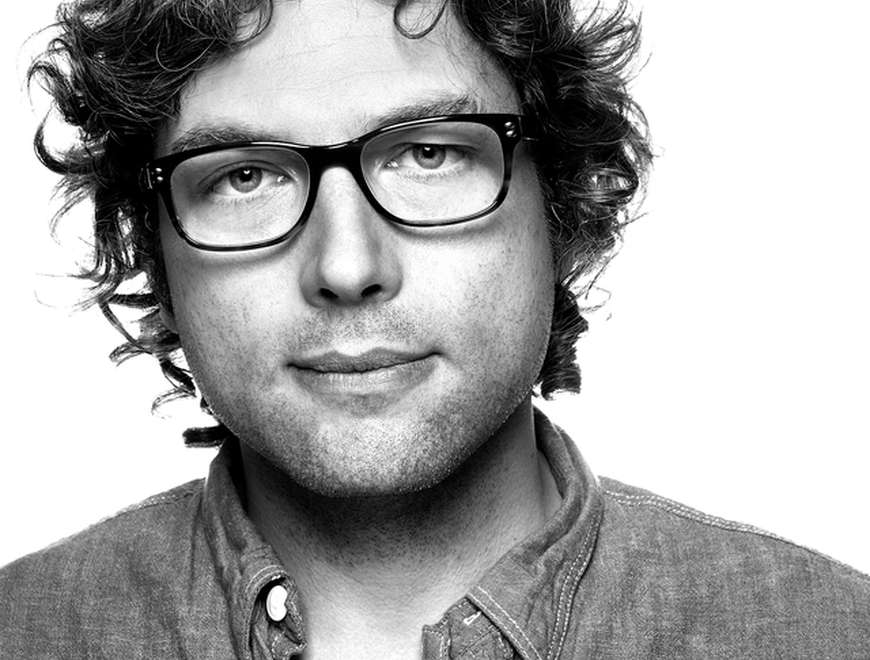 The summer of 1969 was one of the most culturally significant times in modern American history. It was the summer when Neil Armstrong landed on the moon, more than 400,000 people attended the legendary Woodstock music festival, and the Stonewall riots brought the fight for gay rights to the national stage.

However, something else happened that summer which you won’t find in most history books… a Bell Labs researcher named Ken Thompson created the first version of Unix, which turned out to be one of the most important pieces of computer software ever invented.

The birth of Unix was a product of auspicious circumstances. Earlier in 1969, Bell Labs happened to pull out of a multi-year effort to build a complex computer operating system called Multics. Faced with the ending of that project, Ken Thompson, Dennis Ritchie, and a few other Bell Labs researchers began an unofficial effort to create a simpler operating system. Then, Ken’s family left for a month-long trip to visit relatives in California and he found himself with just enough free time to code the first version of the operating system which would later be named Unix.

The rest of the story is computing history — Unix went on to revolutionize the computer industry in ways that are still felt today.

Later this month, Bell Labs will celebrate the 50th anniversary of Unix with a special two day “Unix 50” event at their historic Murray Hill headquarters. This event should be one for the history books with many notable Unix and computer pioneers in attendance!

I first met some of these extraordinary people when I photographed many of them for the Unix portion of my Faces of Open Source photo series. It was important to include Unix in that project because I felt the decision to freely distribute Unix’s source code (to anyone who asked for it) inadvertently set the stage for the free and open source software movements that dominate the technology industry today.

As I was making those photographs (which will be on display at the event), I gained much insight into Bell Labs and the development of Unix. However, it was some of the more personal stories and anecdotes that brought Bell Labs to life and gave me a feel for the people behind the code.

One such time was when Ken Thompson (who is an accomplished pilot) told me how he traveled to Russia after the fall of the Soviet Union in order to fly in a MiG-29 fighter jet.

Another time, Bill and John Ritchie came by my studio to make a portrait commemorating their brother Dennis and I got to hold the Turing Award given to Dennis and Ken in 1983.

When I met Doug McIlroy, he told me about the origins of “pipes” (one of Unix’s signature features) and regaled me with the rich history of three generations of Unix labs on the Murray Hill campus.

Eric Schmidt, who is perhaps Bell Labs most famous summer intern, told me what it was like to walk the halls and work with many of the Unix researchers at such a young age.

Rudd Canaday recounted some of the earliest days of Unix when he, Thompson and Ritchie sketched out what would later become Unix’s filesystem.

I also learned of several inside jokes and stories that over the years became part of Unix mythology.

John Mashey and Ted Dolotta gave me the backstory of the much coveted “UNIX” license plates that adorned researchers’ cars over the years.

Brian Kernighan told me about how a certain portrait of Peter Weinberger found its way into some very interesting places. These included the concrete foundation of a building on Bell Labs campus, the cover images printed onto Unix CD-ROMs, and most notably, painted on the top of a nearby water tower.

Which brings us to another important piece of Unix mythology that I learned about: the fictitious Bell Labs employee G.R. Emlin (a.k.a. “the gremlin”).

Not much is known about the origins of G.R. (Grace) Emlin — who makes several appearances throughout Unix history. To most at Bell Labs, she appeared to be an actual employee complete with a mailbox, email address, and genuine ID card. This made her the perfect instigator/accomplice for pranks perpetuated by researchers in the Unix lab. For example, while we don’t know who painted Peter Weinberger’s face on that nearby water tower, a paper-trail shows that it was G.R. Emlin who purchased the paint. :)

The gremlin is also thanked or acknowledged in various Unix related documents and books including the manual for the Plan 9 operating system as well as the “C Programming Language” by Brian Kernighan and Dennis Ritchie. This only added to her mystique and encouraged Unix enthusiasts to send her postcards and other mail.

A lot of this folklore (including the gremlin) is going to be on display at the Unix 50 event. The archivists at Bell Labs have outdone themselves by pulling together a massive collection of artifacts taken from the labs where Unix was developed for over 30 years. I was able to photograph a few of these artifacts last year, but so much more will be exhibited at this event — including several items from the personal archives of some attendees.

As if that wasn’t enough, the event will also showcase a number of vintage computers and a look into Bell Labs future with a tour of their Future X Labs.

Since its introduction 50 years ago, Unix has been copied or imitated countless times. Its design and core programs can, literally, be found at the heart of today’s “Unix-like” operating systems that power most of the servers and devices connected to the Internet and hundreds of millions of smartphones.

In hindsight, maybe 1969 should be called the “summer of code”.  Either way, I’m just glad Ken Thompson spent his summer coding Unix instead of going to Woodstock.

Peter Adams is an editorial and commercial photographer focused on the technology industry and the future of work. His photography has been published in publications such as National Geographic, IEEE Spectrum, the Wall Street Journal, Nature, and New York Magazine.

Prior to working as a photographer, Peter began experimenting with web technologies during the dawn of the commercial internet in the 1990’s. He went on to found and manage multiple tech companies in New York and Silicon Valley before returning to his true passion: photography.

You can view Peter’s work at: http://www.peteradamsphoto.com 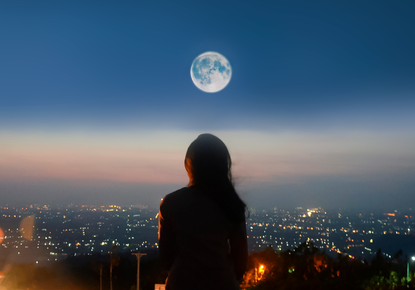 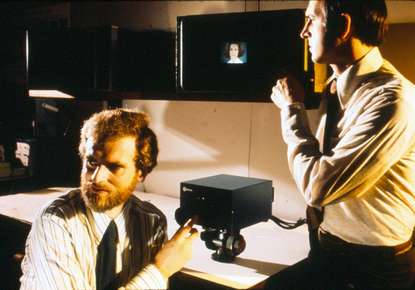 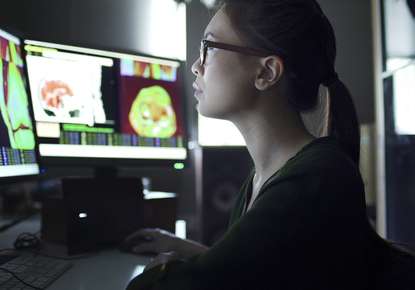