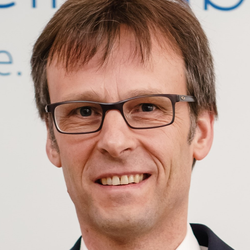 Dr. Volker Hilt is a Bell Labs Fellow and senior director leading the Autonomous Software Systems Research program at Nokia Bell Labs. Volker's work is focused on distributed software systems where he has made contributions in cloud computing, software operations, distributed multimedia systems, content distribution networks, peer-to-peer applications and the Session Initiation Protocol (SIP). He has designed the overload control mechanism for SIP, which has become a key part of today's telecommunication systems.

Volker received a Ph.D. in Computer Science in 2001 from the University of Mannheim in Germany. He joined Bell Labs in Holmdel, NJ, USA in 2002 and moved to Stuttgart, Germany in 2012. Volker is a IEEE senior member and has published over 100 papers, Internet drafts and RFCs and holds over 30 patents.