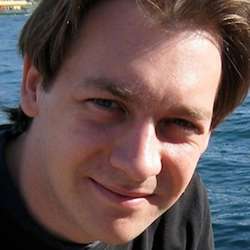 I lead the New Software Experiences research team that is part of Bell Labs' Application Platforms and Software Systems Lab. Our mission is to fundamentally rethink how software developers write code. The team is exploring the application of state of the art research in machine learning to software engineering problems.

Prior to leading this team, I was a Senior Researcher in the Real-time Information Processing department where I helped architect World-wide streams (worldwidestreams.io), a large-scale geographically distributed stream processing platform. Before joining Bell Labs, I was a professor of Computer Science at the Vrije Universiteit Brussel in Brussels, Belgium where I specialized in research on the boundaries of programming languages and distributed systems. Prior to that, I was a post-doctoral fellow of the Flanders Research Foundation at the same university. In 2009, I spent 6 months at Google Research in Mountain View in the US, where I got involved in the standardization of the JavaScript programming language. Together with Dr. Mark S. Miller (Google), I designed the ECMAScript 2015 reflection API. I received my PhD in Computer Science in 2008 from the Vrije Universiteit Brussel for my research on AmbientTalk, a distributed scripting language for mobile phones.

Microservices and docker: from theory to practice

From Documents to Dialogues: Programming Technology for the Conversational Web