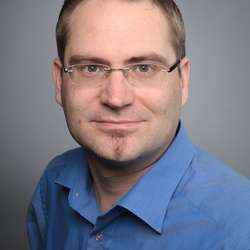 Dr.-Ing. (PhD) degree in Electrical Engineering and Information Technology at University of Stuttgart in 2016

Dipl-Ing. in Electrical Engineering and Information Technology at University of Karlsruhe in 2001

He has authored and co-authored more than 50 conference papers and more than 20 standardization technical documents for 3GPP NR and LTE, and holds more than 70 filed and granted patent families in communications. He achieved numerous patent awards, such as being the top 10 inventor in Nokia Stuttgart for granted patents for all time and being nominated for the Bell Labs Inventors Award in 2011. He was active contributor in several european projects, such as being the technical manager of the European 5GNOW research project. Thorsten Wild’s background is in signal processing, multi-antenna communication and physical layer design. He has been working on UMTS, LTE, LTE-A, multi-user MIMO, coordinated multi-point, channel estimation, limited feedback, 5G waveforms and 5G air interface design.

More than 50 filed and granted patents in wireless communications.

Email thorsten.wild@nokia-bell-labs.com Social LinkedIn
Nokia sites use cookies to improve and personalize your experience and to display advertisements. The sites may also include cookies from third parties. By using this site, you consent to the use of cookies. Learn more