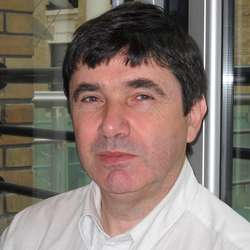 Philippe Carré, is a graduate of ENSEA (Ecole nationale supérieure de l'Electronique et de ses Applications) with a Master of Science in Electrical Engineering and Telecommunications.

He worked for Thales Submarine and Avionics groups and IBM Global Services before joining Alcatel in 1997 where he held various positions within the Research Software Support Group, the Corporate Information System and the CTO departments.

In 2010, Philippe joined the Bell Labs CTO Department. His role is to develop a modelling tool that is a mind-sharing tool that will allow many people like Customers, Business divisions to estimate the end2end energy consumption of the network. The tool also allows to see the impact of introducing new technologies like Small cells, HetNet, SDN...

In the context of the SYSTEM@TIC cluster, he is leading the Projects Committee that makes a selection of projects proposed for labeling and participate to the elaboration of the technological road-maps in coordination with the other working groups of SYSTEM@TIC.

Email philippe.carre@nokia.com Website gwatt.net/ Social LinkedIn
Nokia sites use cookies to improve and personalize your experience and to display advertisements. The sites may also include cookies from third parties. By using this site, you consent to the use of cookies. Learn more