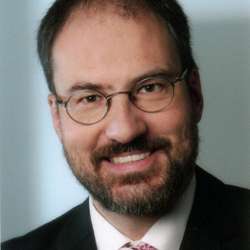 PETER SCHEFCZIK is a member of technical staff at Bell Labs, Germany. In his career he has been involved in the design and development of network architectures and advanced protocols for both wireless and wireline communication systems. In addition to his work in fourth generation wireless network architectures, heterogeneous access networks, and network convergence he has played a key role in the design and creation of the Base Station Router (BSR), which lead to the advent of the Small Cell industry. His current research interests concentrate on laying the foundations for cloud based radio access networks including network slicing and dynamic network orchestration for future virtualized radio access networks. Dr. Schefczik holds several international patents in the area of data transmission and mobile networks. He has also authored and co-authored numerous articles and research papers in this field.

Email peter.schefczik@nokia-bell-labs.com Social LinkedIn
Nokia sites use cookies to improve and personalize your experience and to display advertisements. The sites may also include cookies from third parties. By using this site, you consent to the use of cookies. Learn more