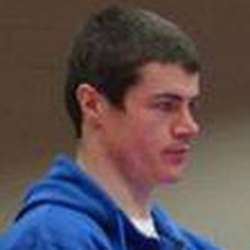 Paul received his bachelors degree in experimental physics from Trinity College Dublin in 2008. In 2013, Paul received a PhD from School of Physics TCD on electrical and electrochemical properties of nanostructured thin films. He joined Bell Labs Ireland in 2013. He works in research areas that include: Energy Storage, Future Battery Technologies and Supercapacitors. Paul's is interested in nanomaterial processing and applying promising discoveries to the “real world”.

Other interests include: reading, lifting weights and watching sports in my spare time. He has a real passion for Taekwondo and has competed on ITF Ireland National team.  Paul is now part of coaching team. He enjoys a challenge.

Email paul.king@nokia-bell-labs.com
Nokia sites use cookies to improve and personalize your experience and to display advertisements. The sites may also include cookies from third parties. By using this site, you consent to the use of cookies. Learn more