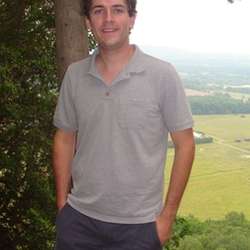 Patrick Nicholson joined Nokia Bell Labs in Dublin in March 2015. Prior to joining, from September 2013 until February 2015, he was a postdoctoral researcher in the Algorithms and Complexity Group at the Max-Planck-Institut für Informatik in Saarbrücken, Germany. He obtained his PhD in Computer Science in August 2013 from the David Cheriton School of Computer Science at the University of Waterloo in Waterloo, Canada. His primary research area is the study of highly optimized data structures, data compression algorithms, and graph algorithms, as well as their application to text mining and machine learning problems.

See this page for an up-to-date list of publications: DBLP

Email pat.nicholson@nokia-bell-labs.com
Nokia sites use cookies to improve and personalize your experience and to display advertisements. The sites may also include cookies from third parties. By using this site, you consent to the use of cookies. Learn more