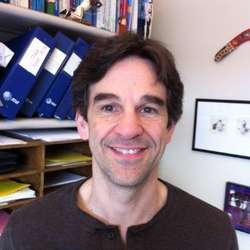 Pat Iannone joined AT&T Bell Laboratories in 1985 and stayed with AT&T Labs when the organizations split in 1996. He has done research in multibeam microwave antennas, semiconductor laser nonlinearities, subcarrier-multiplexed lightwave communication systems and dense wavelength division multiplexed (DWDM) systems. Over the past several years he has worked on optical test systems, broadband optical amplifiers, and WDM and TDM optical networks and subsystems for residential access, business access, and metro transport.

He holds 42 US patents and has authored or co-authored lots of journal and conference publications. He has served as IEEE-LEOS Meeting Chair, as an elected member of the IEEE-LEOS Board of Governors, as a member of the European Conference on Optical Communication (ECOC) technical program committee and has been a subcommittee member and subcommittee chair for both the IEEE-LEOS Annual Meeting and the Optical Fiber Communication Conference (OFC). He has served as OFC Technical Program Co-Chair in 2004 and OFC General Co-Chair in 2006, and as Chair of the OFC Steering Committee. He is currently Editor-in-Chief of the Journal of Optical Communications and Networking. Dr. Iannone rejoined Bell Labs in December of 2013 and is a Fellow of the IEEE.

Email pat.iannone@nokia-bell-labs.com Phone 908 582 5579 Social LinkedIn
Nokia sites use cookies to improve and personalize your experience and to display advertisements. The sites may also include cookies from third parties. By using this site, you consent to the use of cookies. Learn more