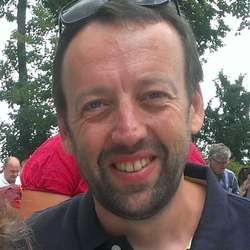 NICO VERZIJP is a senior researcher in the Bell Labs Networked Applications & Devices program. He started his career as a software developer and worked on several network products. In 2005, he joined Research and was actively involved in several European research projects (MUSE, RUBENS, FascinatE). In 2009 he took up the technical lead for a venture proposal on interactive video services, which originated from a Bell Labs entrepreneurial boot camp. Currently, he turned his focus to web performance (HTTP 2.0, Open Web Platform).

Email nico.verzijp@nokia-bell-labs.com Social LinkedIn
Nokia sites use cookies to improve and personalize your experience and to display advertisements. The sites may also include cookies from third parties. By using this site, you consent to the use of cookies. Learn more