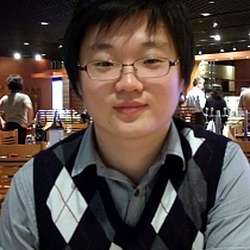 Nakjung Choi received the B.S. and Ph.D. degrees in computer science and engineering from Seoul National University (SNU), Seoul, Korea, in 2002 and 2009, respectively. From September 2009 to April 2010, he was a postdoctoral research fellow in the Multimedia and Mobile Communications Laboratory, SNU. Since April 2010, he is a member of technical staff at Bell Labs, Alcatel-Lucent, Korea. His research interests are mobile networks, software defined networking, information centric networking, and green networking.

Email nakjung.choi@nokia-bell-labs.com Website mmlab.snu.ac.kr/~fomula Phone +82-2-380-2422
Nokia sites use cookies to improve and personalize your experience and to display advertisements. The sites may also include cookies from third parties. By using this site, you consent to the use of cookies. Learn more