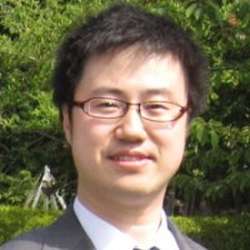 Lei Guan received the B.E. degree and the M.E. degree, both in Electronic Engineering from Harbin Institute of Technology (HIT), Harbin, China in 2006 and 2008, respectively. He was awarded the Ph.D. degree in Electronic Engineering in 2012 by University College Dublin (UCD), Dublin, Ireland. He served as senior research engineer in UCD School of Electrical, Electronic and Communications Engineering for 1 year before his research fellowship in CTVR at the telecommunications research center (Now CONNECT Centre), Trinity College Dublin (TCD), Ireland.

Currently he is a member of technical staff at Bell Labs, Ireland. During his Ph.D, his research interests include digital predistortion (DPD) based linearization and system-level modeling of RF/Microwave power amplifiers (PA); peak to average power ratio (PAPR) reduction for OFDM signals; and the FPGA implementation of  DPD and PAPR Reduction algorithms.

Email lei.guan@nokia-bell-labs.com Social LinkedIn
Nokia sites use cookies to improve and personalize your experience and to display advertisements. The sites may also include cookies from third parties. By using this site, you consent to the use of cookies. Learn more