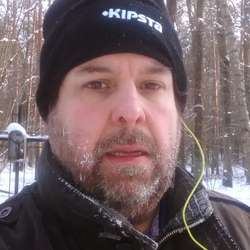 I’m a hardware expert with the Alcatel-Lucent Bell Labs Access Node Technology & DSL team in Antwerp, Belgium.  I graduated as an applied electronics engineer from the Rijks Universiteit Gent in 1989 and joined Alcatel Bell in Antwerp afterwards.  Over the years I participated in the development of access systems and core routers as hardware designer, project lead and systems architect.  In 2008 I joined Alcatel-Lucent Bell Labs where I have been involved in research for next generation access nodes both at the physical layer, packet processing and systems architecture.  Next to this I’m also investigating possible energy efficiency improvements at these different angles.  I also contributes to the ETSI Environmental Engineering standards group. I am an ALTA member since 2010.

Email koen.hooghe@nokia-bell-labs.com Phone +3232408134 Social Twitter LinkedIn
Nokia sites use cookies to improve and personalize your experience and to display advertisements. The sites may also include cookies from third parties. By using this site, you consent to the use of cookies. Learn more