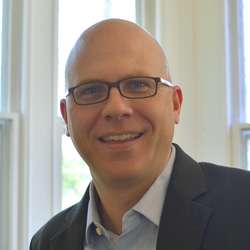 At Bell Labs since 2000, Jesse E. Simsarian has communications research expertise that spans optical devices, optical transmission, optical packet routers and networks, resilient network design and optimization, and software-defined transport networks. Highlights of his work include the first demonstration of a fast wavelength-tunable coherent burst-mode receiver and the coherent reception of optical packets following 1200 km of fiber transmission. He led the systems experiments for the DARPA-sponsored IRIS optical packet router, culminating in the demonstration of an all-optical router interconnected with a commercial electronic router. His early work at Bell Labs included the development of a fast wavelength-tunable laser module with switching time under 50 ns. He has recently developed a software-defined transport network control plane for commercial IP and optical network elements and demonstrated several cross-layer applications.

Prior to joining Bell Labs, he was the recipient of a fellowship to work for Nobel laureate Dr. William D. Phillips at the National Institute of Standards and Technology (NIST). At NIST, his experiments on a Bose-Einstein condensate (BEC) of sodium atoms included the first observation of solitons in a BEC and imaging the phase of expanding matter waves.

At SUNY Stony Brook, Dr. Simsarian was part of the first team to capture the radioactive element, francium, in an optical trap. Subsequent measurements included the first atomic lifetime measurements of Fr and the discovery of several low-lying electron energy levels. He was awarded a President's Award for outstanding PhD dissertation from the university.

Email jesse.simsarian@nokia-bell-labs.com
Nokia sites use cookies to improve and personalize your experience and to display advertisements. The sites may also include cookies from third parties. By using this site, you consent to the use of cookies. Learn more