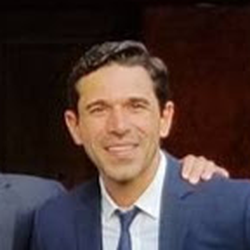 Jaime Llorca grew up in Barcelona, Spain, where he obtained a B.E. degree in Electrical Engineering from the Universidad Politecnica de Catalunya in June 2001. He then earned M.S. and Ph.D. degrees in Electrical and Computer Engineering from the University of Maryland, College Park, Maryland in August 2003 and August 2008, respectively. He held a post-doctoral position at the Center for Networking of Infrastructure Sensors (CNIS), College Park, Maryland, from 2008 to 2010, and then joined Bell Labs, New Jersey, in October 2010, where he is currently a senior research scientist.

Jaime's research efforts focus on understanding the fundamental performance limits of distributed cloud-integrated networks and their practical implications for the efficient delivery of next-generation industrial automation and augmented experience services. He is particularly interested in leveraging concepts and tools from distributed cloud networking, cooperative communications, and network information theory to enable the efficient and sustainable transformation of today's networks and clouds into tomorrow's universal compute platforms.

Email jaime.llorca@nokia-bell-labs.com Phone 1-732-788-9588 Social Twitter
Nokia sites use cookies to improve and personalize your experience and to display advertisements. The sites may also include cookies from third parties. By using this site, you consent to the use of cookies. Learn more