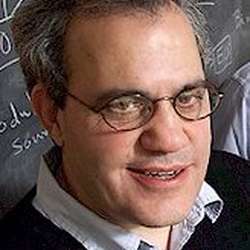 Iraj's research interests span a spectrum of topics in applied mathematics, modeling & analysis, and optimization of communications networks and systems, with focus on the structure and architecture of networks, scalable algorithms for network problems and applications to the design tools and control mechanisms for emerging communication systems.

Prior to Bell Labs and until 1998, he was a research director in the Information Sciences Lab at Bellcore in Morristown, New Jersey.

In addition to his research in support of Nokia products and services, in the past decade Iraj has been the recipient of DARPA, AFOSR and NIST contracts and grants on such topics as control mechanisms for MANETs, large-scale geometry of networks and inference from large graphs. His current focus is on deep learning, large graph analytics and distributed self-organizing network control.

o   8,537,835  Methods and apparatus for self-organized caching in a content delivery network

o   7,283,552  Method of scheduling bursts of data for transmission in a communication network

o   5,546,542  Method for efficiently determining the direction for routing a set of anticipated demands between selected nodes on a ring communication network

Email iraj.saniee@nokia-bell-labs.com Phone (908) 679-6050
Nokia sites use cookies to improve and personalize your experience and to display advertisements. The sites may also include cookies from third parties. By using this site, you consent to the use of cookies. Learn more