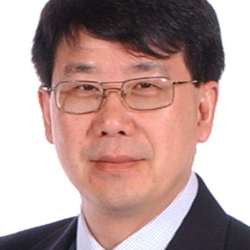 Hong Jiang is a Department Head in Bell Labs. His research interests include signal processing, digital communications, and image and video compression. He invented key algorithms for VSB demodulation and HDTV video processing in the first generation receiver chipset for the North America HDTV ATSC system. He pioneered hierarchical modulation for satellite communication that resulted in the commercialization of video transmission over satellite and made key contributions to applications of the hierarchical modulation in the DVS-SH standard. He led the Bell Labs team that invented the lensless compressive imaging as a new way to record the world around us. He has published more than 70 articles in peer reviewed scientific and engineering journals, and more than 40 U.S. patents in digital communications and video processing.

Email hong.jiang@nokia-bell-labs.com Phone +1-908-582-2856
Nokia sites use cookies to improve and personalize your experience and to display advertisements. The sites may also include cookies from third parties. By using this site, you consent to the use of cookies. Learn more