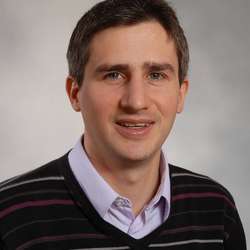 Gabriel CHARLET was born in Rueil Malmaison (France) in 1976. Gabriel Charlet received an engineering degree from the École Supérieure d’Optique in 1999 (Orsay, France) and a PhD in physics in 2011 from University Paris XI.

He joined Alcatel Research and Innovation (now Alcatel Lucent Bell Labs) in 2000. Since then he has been working on WDM transmission systems and realized several multi-terabit/s transmission records. He also addressed the topic of advanced modulation formats. He is the first author of more than 40 papers including 10 Postdeadline papers in major conferences and more than 35 patents. Since 2008, he leads the WDM transmission group which intends to further increase total bit rate transported in an optical fiber without compromising the transmission reach.

In 2007, I received the “Fabry de Gramont” award for my work on fiber optics communication and advanced modulation formats. In 2010, I have been selected by the Technology Review from MIT (TR35) as one the 35 innovators below 35 years for my work on 100Gbit/s product using coherent detection. In 2011, I have been selected by Fast Company as one of the 100 most creative people in business and received also the World Technology award in communication technology.

Sub-Baudrate Sampling at DAC and ADC: Towards 200G per lane IM/DD Systems

5Tb/s transmission over 2.2 km of multimode OM2 fiber with direct detection thanks to wavelength and mode group multiplexing

Email gabriel.charlet@nokia-bell-labs.com
Nokia sites use cookies to improve and personalize your experience and to display advertisements. The sites may also include cookies from third parties. By using this site, you consent to the use of cookies. Learn more