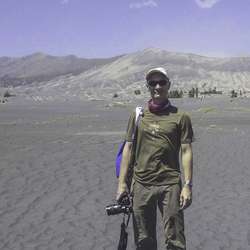 Frank Ilchmann is research engineer at Bell Labs in Stuttgart, Germany. The emphasis of his research has been on the design of ASICs for high speed transport applications. In 2005, he moved to the networking domain, where he worked as a research engineer with focus on multi-layer network dimensioning and optimization.

Email frank.ilchmann@nokia-bell-labs.com
Nokia sites use cookies to improve and personalize your experience and to display advertisements. The sites may also include cookies from third parties. By using this site, you consent to the use of cookies. Learn more