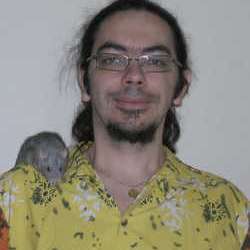 I was a student at the École Normale Supérieure, rue d'Ulm from 1998 to 2002. I completed a Ph.D in Computer Science in 2004. My dissertation titled Web Graphs and PageRank-like measurements was supervised by Prof. Michel Habib and permanent INRIA researcher Laurent Viennot. From 2005 to 2010, I was a researcher in the Traffic and Resource Allocation group at Orange Labs, aka France Telecom R&D, aka CNET, part of the Transport & Packet Networks lab. In 2009, I passed the Habilitation à Diriger des Recherches (official agreement for supervising PhD students) on the topic of P2P and acyclic preference-based systems. Since 2010, I work at LINCS, a joint lab between academics and industrials, first as INRIA in the GANG research team (2010-2013), currently in the MathDyn team of Alcatel-Lucent Bell Labs.

My publications on Hal.

Email fabien.mathieu@nokia-bell-labs.com Website www.lincs.fr/people/fabien-... Phone +33139635073 Social LinkedIn
Nokia sites use cookies to improve and personalize your experience and to display advertisements. The sites may also include cookies from third parties. By using this site, you consent to the use of cookies. Learn more