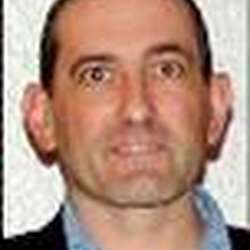 1987 - 1988 : Master's degree at the University of Corsica, Pascal Paoli, Speciality in Energy and Systems

1986 - 1987 : Bachelor's degree at the University of Corsica, Pascal Paoli, Speciality in Energy and Systems

1985 - 1986 : Second Year degree at the University of Corsica, Pascal Paoli, Speciality in Mathematics, Physics and Chemical

1982 - 1984 : DUT in Mechanics at the Institut Universitaire de Technology of Aix-en-Provence

Dominique Chiaroni was born in Ajaccio, in April 27th, 1962. Graduated in Mechanics (IUT d’Aix-en-Provence), in Thermal Sciences & Physics (Master and Bachelor at the University of Corsica), and in Optics and Microwaves (Engineer diploma obtained in 1990 from Telecom SudParis), he was engaged in 1990 by Alcatel CIT to work on optical switching technologies and related systems and networks. Since 2000, he focused mainly his efforts in the identification of pragmatic directions for the design of hybrid systems and networks. Currently working in the Network Energy program in Bell Labs France he has actively contributed to many European and National projects with the following responsibilities: project leader of the RNRT ECOFRAME (2007-2010), work-package leader of the FP7 ALPHA European project (2007-2011), responsible for Bell Labs France for the NTT-ALU strategic collaboration (2008-2011).  Distinguished member of the Alcatel-Lucent Technical Academy in 2003, ALTA Chapter Chair since 2005, he actively participated to different missions: steering committees, chapter working groups, organization of three major workshops, organization of local events for the benefit of the company.  Chair or co-chair of International conference or workshops he is also a regular member of the technical committees of many International Conferences or National jury of PHDs.  He is author and co-author of more than 200 publications and patents including numerous invited papers and Tutorials, and contributions in books.

Current professional activity:
Proposal of innovation solutions t o reduce the energy consumption and the cost of systems and networks through an eco-design strategy. These innovations are covering network segments from the access to the core network. The focus is on new low cost and low power consumming technologies driving radically new network concepts compatible with a SDN/NFV orchestration in an internal project called ECO-DATA. We propose in particluar a generalised WDM technology to takle important issues of the network like a better control of the propagation distance through transparent systems by slowing down the bit rate per wavelength thanks to the WDM parallelism, a smaller cost and power consumption of TRX based on fixed wavelength, fixed bit rate and fixed modulation format, highly integrated core systems by exploiting L2/L1, monlythic or Hybrid intergation through Si-Photonics or InP technologies, and WDM. This new approach is analysed also at the performance level and at the global efficiency level (network efficiency, energy efficiency, spectral efficiency, packet efficiency, protocol efficiency, ...). The recent network segments targeted are the metro segment and the core network through hybrid systems (Optics and electronics) with the objective to reposition the optical technology in the metro and the core market segments are solve fundamental limitations of current all electronic systems and networks.
Past key realisations and records:
Participation to several realizations and records to explore new technological solutions:
•    First rack-mounted optical ATM switch ECOC 1993.
•    First 3R optical regenerator using active devices operating at 10 Gbit/s at ECOC 1997.
•    First demonstration of a 640 Gbit/s optical packet switching matrix (TIPOR project) in 2002, post-deadline papers at ECOC and OFC.
•    Participation to the design and the demonstrator management of an optical packet ring network (DBORN) in 2003.
•    Proof of concept for an all-optical packet switching network combining different techniques of contention resolution (ROM-EO project).
More recently:
•    Proposal in 2006 for a new Packet-OADM technology for metro networks.
•    September 2009: Realization of one packet ring network demonstrator based on the Packet-OADM technology.
•    September 2010: Realization of a network demonstrator with NTT Photonics Laboratories shown at ECOC 2010.
•    May 2011: Realization of an end-to-end demo, from the home to the metro side shown to EC representatives.

Abstract : This paper was showing for the first time, a potential low cost burst mode receiver validated in a new generation of optical packet ring network. The paper showed in particular a large power dynamic range.

Abstract : This presentation was showing an integrated network, from home networks to the metro network. Signal quality and transport service were shown during this demo. This paper summarizes a lab demo realized in the frame of the European ALPHA project.

“Demonstration of the Interconnection of two optical packet rings with a hybrid optoelectronic packet router”, by D. Chiaroni et al. post-deadline paper ECOC 2010. Abstract: This paper was describing the interoperability of two optical packet switching systems with a hybrid opto-electronic router of NTT. BER curves to demonstrate the signal quality, and real time video transmission over optical packets were shown. This experiment demonstrated the scalability of the P-OADM technology to extend the size of a metro network through the interconnection of rings.

“Optical bypass in packet networks: an opportunity to reduce the power consumption of systems while offering high network efficiencies”, by D. Chiaroni, invited presentation at a workshop at OFC 2010.

Handbook of Opto-electronics edited by CRC Taylor & Francis group in May 2006. Author of a chapter : D. Chiaroni

Email dominique.chiaroni@nokia-bell-labs.com Phone +33 1 6040 2634 Social LinkedIn
Nokia sites use cookies to improve and personalize your experience and to display advertisements. The sites may also include cookies from third parties. By using this site, you consent to the use of cookies. Learn more