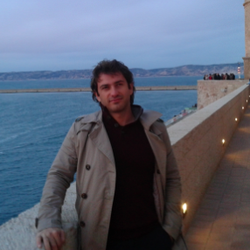 Dr. Dimitrios Milioris is a research associate and lecturer at the Massachusetts Institute of Technology (MIT). He received his Ph.D. from École Polytechnique Paris (2015, honors) while a scholar at Columbia University, New York, USA, as an Alliance Program awardee (2013 – 2014). He received his double M.Sc. degree (2011, first in class, honors) in computer science & applied mathematics from Paris XI University and the École Polytechnique, and his B.Sc. degree (2009, honors) in computer science from the University of Crete, Greece.

Prior to joining MIT, he was a researcher at Bell Labs, Alcatel-Lucent in Paris, France, and a member of the Mathematics of Dynamic & Complex Networks Department. Prior to joining Bell Labs, he served as a research assistant at the Institute of Computer Science (ICS) of the Foundation for Research and Technology Hellas (FO.R.T.H.), and as a research engineer with the Hipercom Team at the National Institute for Research in Computer Science and Automatic Control (I.N.R.I.A.), followed by a compulsory military service in Telecommunications Division.

His curriculum vitae can be found here [CV].

02/2006 - 05/2006 Junior Programmer and Administrator
Computerization Office, University of Crete
Designed and developed software for University's employees payment and administration of the network.

Email dimitrios.milioris@nokia-bell-labs.com Website www.lincs.fr/people/milioris/ Phone +33160404259 Social Twitter LinkedIn
Nokia sites use cookies to improve and personalize your experience and to display advertisements. The sites may also include cookies from third parties. By using this site, you consent to the use of cookies. Learn more