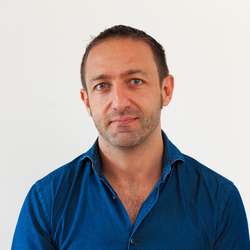 Fortune’s 2014 Big Data All-Stars. 2014. “Fortune’s first class of Big Data All-Stars: 20 extraordinary people who we think are the best at connecting the dots, digging deep, and discovering the information that will transform the way businesses operate.”

A.T. Kerney Award. October 12. For young scientists to “present breakthroughs in their own research” at Falling Walls. Awarded for urbangems.org.

Tesco Grocery 1.0, a large-scale dataset of grocery purchases in London

Analyzing and predicting the spatial penetration of Airbnb in U.S. cities

Preface to the special issue on personality in personalized systems

Email daniele.quercia@nokia-bell-labs.com Website researchswinger.org Phone 00447710184197 Social Twitter LinkedIn
Nokia sites use cookies to improve and personalize your experience and to display advertisements. The sites may also include cookies from third parties. By using this site, you consent to the use of cookies. Learn more