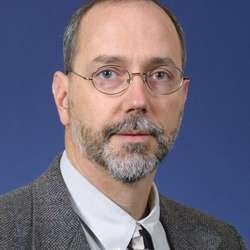 Robert W. Tkach is Director of Advanced Photonics Research at Bell Laboratories, Alcatel-Lucent, Crawford Hill Location. His research has involved dispersion management, optical amplification, optical networking, and high-speed DWDM transmission systems. Prior to rejoining Bell Laboratories in 2006, he has been: CTO of Celion Networks, Division Manager at AT&T Labs - Research, and a Distinguished Member of Technical Staff at AT&T Bell Laboratories. He has been General Co-Chair of OFC, Vice-President of OIF, Associate Editor of the Journal of Lightwave Technology, a member of the IEEE LEOS Board of Governors and currently serves as Vice-President for Publications of the IEEE Photonics Society. He received and is a Fellow of the Optical Society of America, the IEEE, and AT&T. He is a member of the National Academy of Engineering and has received the Thomas Alva Edison Patent Award from the R&D Council of New Jersey the  IEEE/OSA John Tyndall Award the  Marconi Prize and Fellowship and the IEEE Alexander Graham Bell Medal.

Email bob.tkach@nokia-bell-labs.com Phone 732 888 7115
Nokia sites use cookies to improve and personalize your experience and to display advertisements. The sites may also include cookies from third parties. By using this site, you consent to the use of cookies. Learn more