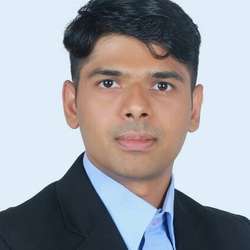 ATHUL PRASAD received his Bachelor of Technology, B.Tech, degree (with distinction) from the University of Kerala - Sree Chitra Thirunal College of Engineering in 2006, majoring on Electronics and Communications Engineering. He also received his Master of Science in Technology, M.Sc. (Tech.), degree (with distinction) and Doctor of Science in Technology, D.Sc. (Tech), both in Communication Engineering from Aalto University, Finland, in 2011 and 2015, respectively. Currently he is pursuing the Master of Business Administration, MBA degree from the Massachusetts Institute of Technology Sloan School of Management, where he is a Sloan Fellow.

From 2006 to 2009 he was with Huawei Technologies' R&D center in India, and from 2010 to 2012 he worked for Aalto University and as a consultant with Nokia Research Center. From December 2012 until June 2014 he was with NEC Europe Ltd. as a 3GPP standardization researcher and delegate. Since June 2014, he has been working with Nokia, Espoo, Finland in various technology research, strategy and management roles.

His research interests include dynamic resource allocation, mobility management in heterogeneous networks, RF fingerprint based localization, and user plane congestion management in LTE-Advanced networks. He is the (co-) author of several international journal and conference papers and (co-) inventor of numerous patent applications.

He won the best paper award at the 77th IEEE Vehicular Technology Conference, held at Dresden, June 2013. He has served as the TPC for several international conferences (IEEE VTC, Globecom, PIMRC, ICCVE) and served as the co-chair of Research to Standards workshop organized along with IEEE Globecom 2014. He has played an active role in organizing various conferences and journal feature topics as well.

Website sites.google.com/site/prasa... Social LinkedIn
Nokia sites use cookies to improve and personalize your experience and to display advertisements. The sites may also include cookies from third parties. By using this site, you consent to the use of cookies. Learn more