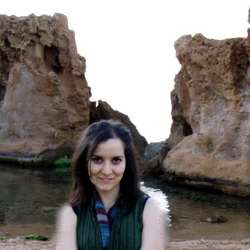 I am a Member of Technical Staff of Nokia Bell Labs within the Mathematics of Complex & Dynamic Networks group, where my major focus is on coding theory applications for wireless communication, privacy and security fields.

Prior to joining Bell Labs, I was a member of the Physical Layer Specification team of the LTE enode-B within Alcatel-Lucent wireless division in the ex Nortel teams and contributed in the design of the upper layer forward error correction scheme of the DVB-SH standard within the joint Lab INRIA-Bell Labs. I held research projects and studies in the field of iterative decoding algorithms for graph based codes, LDPC and turbo codes under grants and tight collaborations with Orange Labs, CNES (Aeorospatial Studies National Center) and Utah University.

For further details on my current projects and collaborations, please refer to my publications or kindly email me.

Email amira.alloum@nokia-bell-labs.com Social LinkedIn
Nokia sites use cookies to improve and personalize your experience and to display advertisements. The sites may also include cookies from third parties. By using this site, you consent to the use of cookies. Learn more