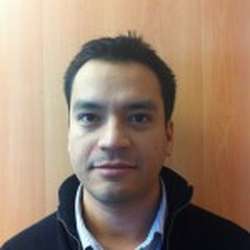 Alonso Silva is currently a Member of Technical Staff at Nokia Bell Labs in the Department of Mathematics. He is also a permanent member of the Laboratory of Information, Networking and Communication Sciences (LINCS). He has previously worked in the Department of Electrical Engineering and Computer Sciences at the University of California, Berkeley, working with Professor Jean Walrand, at INRIA Paris Rocquencourt working with Professor Philippe Jacquet and as a Research Consultant/Intern at Bell Labs Headquarters in Murray Hill, New Jersey, working with Professor Iraj Saniee. He did his Ph.D. at INRIA Sophia-Antipolis under the direction of Professor Eitan Altman. He obtained his Ph.D. degree in Physics from the École Supérieure d'Électricité in June 2010. He received his B.Sc. of Mathematical Engineering and his Mathematical Engineering degree from the Department of Mathematical Engineering (DIM) at the Universidad de Chile, in 2004 and 2006. He has received the best paper award at IEEE SmartGridComm'17 and UNet'17, the second best paper award at MSN'11 and the best student paper award at Valuetools'08.

Email alonso.silva@nokia-bell-labs.com Website www.dim.uchile.cl/~alsilva/ Phone +33(0)173237823 Social Twitter LinkedIn
Nokia sites use cookies to improve and personalize your experience and to display advertisements. The sites may also include cookies from third parties. By using this site, you consent to the use of cookies. Learn more