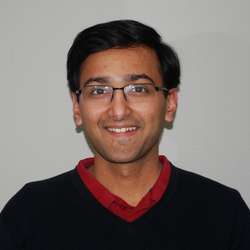 Akshat received a PhD from Imperial College London in 2015 for research in Computational Fluid Dynamics. Akshat graduated from the National University of Singapore in 2010 with a First Class Honours degree in Mechanical Engineering and a specialization in Aeronautical Engineering.

An interest in Formula 1 introduced Akshat to fluid dynamics and paved the way for further work in the field. As an undergraduate, Akshat performed experiments to understand the aerodynamics of flapping airfoils with the aim of applying the knowledge to the design of unmanned aerial vehicles. He used techniques such as Particle Image Velocimetry and Hydrogen Bubble Visualization for these experiments.

As a doctoral candidate, Akshat performed Direct Numerical Simulations on high performance parallel computing architectures to investigate the effect of viscoelasticity on transition to turbulence in channel flow. His research was published in the prestigious Journal of Fluid Mechanics and presented at the APS Division of Fluid Dynamics Meeting.

At Bell Labs, Akshat is a member of the Thermal Management Group in Dublin. He is currently working on the design of reliable cooling solutions in the form of air blowers as well as microfluidic devices using both experimental and computational techniques.

Agarwal, A., Brandt, L., and Zaki, T. A., 2013, Linear and nonlinear evolution of a localized disturbance in polymeric channel flow, Bulletin of the American Physical Society - 66th Annual Meeting of the APS Division of Fluid Dynamics, Volume 58, Number 18.

Email akshat.agarwal@nokia-bell-labs.com Phone 0035318864422 Social LinkedIn
Nokia sites use cookies to improve and personalize your experience and to display advertisements. The sites may also include cookies from third parties. By using this site, you consent to the use of cookies. Learn more