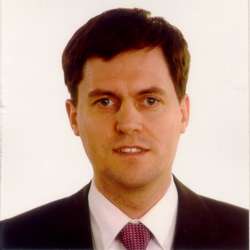 Adriaan J. (de Lind) van Wijngaarden is with Nokia Bell Labs, in Murray Hill, NJ. He received an engineering degree in electrical engineering from Eindhoven University of Technology, The Netherlands, and a doctorate in engineering from the University of Essen, Germany. From 1992-1998, he was a Research Engineer with the Digital Communications Group at the Institute for Experimental Mathematics, University of Essen, Germany. He joined Bell Labs in 1998, where he has been deeply engaged in both theoretical and application-driven research in communications, information theory and coding. He provided key contributions to recording systems, high-speed optical systems and broadband access. He has authored more than 78 technical papers, holds more than 64 patents, and has more than 20 patents pending.

Email adriaan.de_lind_van_wijngaarden@nokia-bell-labs.com Website ect.bell-labs.com/who/alw Phone +1-908-516 0610
Nokia sites use cookies to improve and personalize your experience and to display advertisements. The sites may also include cookies from third parties. By using this site, you consent to the use of cookies. Learn more