Technologies to run successful meetings in the future

People often perceive meetings as being unproductive. Ineffective meetings are bad for morale, negatively impact employees’ health, and are directly linked to organizations' wasted time and resources. While the remote work ecosystem is now transforming patterns of communication between teams and individuals located at distance, current communication tools fall short in supporting the nuanced experience of offline meetings in the online world.

To capture the factors that generally make a meeting successful, Bell Labs researchers designed a 28-question survey and administered it to 363 individuals whose answers were then statistically analyzed. They found that three factors determined meeting success:

(1) Execution. Whether participants ultimately “got things done” — more specifically, whether the meeting had a clear purpose, structure, and resulted in actionable items.

(2) Psychological Safety. Whether participants felt listened to and were motivated to contribute during the meeting.

(3) Physical Comfort. Whether participants felt physically comfort by, for example, be in a meeting room with good air quality and sufficient natural light.

Since most of the existing meeting tools have focused on supporting execution, Bell Labs researchers explored the two other aspects:

(1) Psychological Safety. The researchers developed MeetCues, an app that allows meeting attendees to reflect on their experience in real-time. The app enables attendees to react on what is being discussed by tagging key points and action items. These virtual crowdsourced tags are translated into an emoji cloud visualization, which allows attendees to observe an online meeting’s room atmosphere, supporting psychological safety. The most memorable parts are scored by AI algorithms in terms of phrases rich of types of conversations (e.g., knowledge exchange), and phrases integrating different points of view. After developing KAIROS, a framework integrating the app with wearable devices, the researchers were able to use data from mobile, smartwatches, and earable devices to capture six body cues metrics reflecting a meeting's: (a) vibrancy, (b) multi-tasking, (c) heart rate, (d) head movements, (e) changes in postures, and (f) hand movements. They found that these body cues were predictive of meetings success, even more predictive than the meeting’s emotional content derived from the meeting’s transcript.

(2) Physical Comfort. In, again, the context of meetings, the researchers developed miniaturized devices, called Geckos, which are fitted with cheap-to-produce sensors capturing light, temperature, and the presence of a broad range of gases such as volatile organic compounds (VOCs). They integrated Geckos with the MeetCues app, and created a new indoor environmental sensing infrastructure ComFeel. This infrastructure uses the MeetCues app, at the end of each meeting, and asks each participant: 1) whether the meeting had a clear purpose and structure, and resulted in a list of actionable points; and 2) whether each participant felt listened to and was motivated to contribute. To explore the extent to which air quality alone determines whether a meeting was perceived to be productive or not, the researchers deployed ComFeel in Nokia’s Cambridge office and gathered data from 29 meetings in different rooms. As one expects, productive meetings were those in which participants felt safe to contribute: the probability of a meeting being productive increased by 35% for each standard deviation increase in psychological safety. Surprisingly, the results for air quality were dramatic too. The productivity probability increased by as much as 25% for each standard deviation increase in room pleasantness. Furthermore, among all the sensors, the air quality one was the most important: indeed, room pleasantness was achieved through improved temperature (with a relative contribution of 25%), lighting (30%), and air quality (45%). These results suggest that, if a meeting takes place in a stuffy conference room, even if it is run well, people will still struggle to pay attention. To fix that, one just needs to do a handful of things, from manually or automatically adjusting ventilation, lighting, temperature, which could increase a meeting's productivity by a considerable extent. 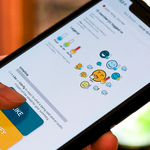 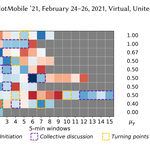 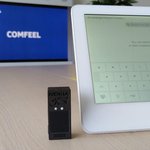