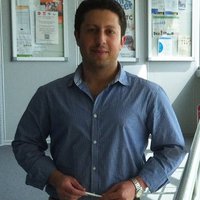 At Nokia Bell Labs, I am a Head of Cyber Security Paris Department. My domain of expertise covers cyber security and defense, risk management, security policies, vulnerability and threat analysis, response systems, NFV, and SDN. My work focuses on dynamic risk management for comprehensive security evaluation and enforcement in critical infrastructures. My research is extensively published and I have filed many international patents. Moreover, I provide support and consultancy for Nokia's Business Units. I have served on review committees of several international conferences and journals. I hold a PhD and a Master's degree in information security from Telecom Bretagne, one of the prestigious French engineering graduate schools known as Les Grandes Écoles.