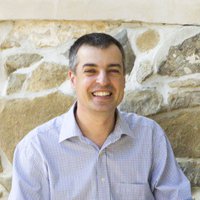 Previously, he was a postdoctoral researcher with the Sensor Networks Group at the University of Oxford, UK (2013-2016). During 2010-2013, he was a postdoctoral researcher with the Faculty of Engineering, University of Porto, Portugal, and a member of Instituto de Telecomunicações, Porto. Between 2001-2010, he was a member of SMARAD (Finnish Centre of Excellence in SMArt RADios and Wireless Research) which has been selected as Center of Excellence in research by The Academy of Finland. Dr. Abrudan received his D.Sc. degree (with honors) from Aalto University, Finland (formerly known as Helsinki University of Technology) in 2008, and the M.Sc. degree from the Technical University of Cluj-Napoca, Romania in 2000.

His fundamental research topics include statistical signal processing, numerical optimization and machine learning applied to multi-antenna communication and sensing. During his academic career, he worked on multiple EU and EPSRC funded projects, co-supervised several PhD, MSc and undergraduate students, and served as a teaching assistant at Aalto University and University of Oxford. He co-authored two book chapters, 15 journal articles, and several conference papers. His impactful research includes positioning algorithms for various wireless technologies, as well as fundamental work on optimization under unitary constraint. Dr. Abrudan was awarded with the Nokia Scholarship (2004 and 2006) , and is a recipient of multiple professional awards such as Nokia Bell Labs Ireland outstanding achievement award (2017 and 2018). He co-developed multiple prototypes and proofs of concept that were showcased in major industry technology venues such as Mobile World Congress. Few of his patents are productized by Nokia, being commercially deployed by top-tier customers worldwide. He actively serves as a reviewer for major IEEE/ACM journals and conferences.