Tommaso Cucinotta is a member of technical staff at Bell Labs in Dublin, Ireland, researching security and predictable execution in cloud computing and virtualized infrastructures. His computer engineering MSc degree with honors is from the University of Pisa, Italy, and PhD in computer engineering from the Real-Time Systems Lab of Scuola Superiore Sant’Anna of Pisa, under the supervision of Paolo Ancilotti, whose operating systems lectures, showing how to prove formal correctness of concurrent synchronization protocols, have been inspiring for Tommaso's development. As a post-doc and assistant professor, his research topics included computer security, smartcard-based authentication, soft real-time scheduling for general purpose operating systems and embedded multimedia, resource management for real-time workloads in virtualized and cloud computing infrastructures. In 2012, Tommaso joined Bell Labs Dublin, Ireland, to complement his applied—yet academic—research skills with a solid industrial research background.

Tommaso has published more than 20 journal papers and nearly 50 papers for conferences and workshops. In 2010, he and his co-authors received a best paper award from the IEEE International Conference on Service-Oriented Computing and Applications. Since joining Bell Labs, he has filed 19 patents on security, resource management, and scheduling for cloud and distributed computing systems. His expertise is highly valued as a reviewer for several international journals, conferences, and workshops, and as a co-chair of numerous workshops and special issues of renowned journals related to his field.

Tommaso developed an early passion for computer science. In middle-school he used to write his own software in 100% 6502 assembly code on a C64, and shortly later he was writing custom software for supporting weird peripherals built by his brother, who had a passion for electronics. The first time he went "on-line", it was to a "Fido BBS" through a discrete-component 300 bps modem he and his brother  had assembled soldering the components one by one, and surprisingly it worked. 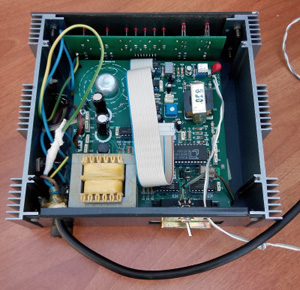 Tommaso has long-standing experience with low-level coding for direct programming of timers and other devices for audio and graphics, with particular attention to performance optimization.  Undergraduate studies and practical involvement into industrial and international research projects helped Tommaso develop a solid background in software design and development, with particular reference to C, C++, Java, Perl and Python.

In the realm of open-source software development, Tommaso started and/or contributed to 14 open-source projects. He wrote an EDF-based scheduler for the Linux kernel enhancing support for real-time multimedia, based on a prototype previously developed by his former colleagues. His open-source MuscleCard Applet and associated middleware, developed during an internship in Schlumberger in Austin, TX, has been available on major Linux distributions for several years, and adopted by RedHat as ground base for its CoolKey JavaCard-based solution.  Since 2007, he actively contributed to the LyX open-source WYSIWYM editor for LaTeX, an effort he continues to support.