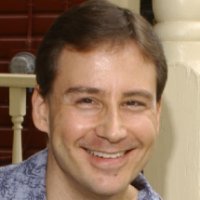 Todd is a Member of Technical Staff in the IP Routing Research Program in Bell Labs. He holds a PhD in chemical engineering from the Massachusetts Institute of Technology. He has worked on thermal management, microfluidics, transport phenomena in optical fiber manufacturing, design of photonic crystal fibers, and fiber amplifier dynamics and control in optical networks. He has authored over 40 publications and conference presentations and has 25 issued or pending patents. He was the Principal Investigator on a recently completed $2.2M Department of Energy project entitled “Advanced Refrigerant-based Cooling Technologies for the Information and Communications infrastructure (ARCTIC)” to develop and commercialize refrigerant-based cooling technology targeted towards the Information and Communications Technology (ICT) sector. Todd is currently working on an MIT-lead DARPA ICECool Fundamentals project to develop two-phase liquid cooling solutions for extreme heat densities in order to enable a revolutionary increase in the capabilities of integrated circuits and RF MMIC devices.