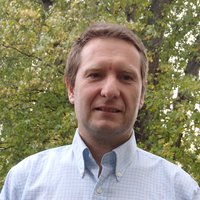 Roland Ryf received the diploma in electrical engineering from the University of Applied Sciences (NTB) Buchs (Switzerland) and the diploma and the Ph.D. in physics from the Swiss Federal Institute of Technology (ETH) Zürich (Switzerland), working on the photorefractive effects and its applications in optical storage and fast optical correlation. After joining Bell Labs in 2000 he worked on MEMS based large port-count optical cross-connect switches, and high-resolution optical wavelength filters. Additionally, he worked on MEMS based infrared cameras with optical readout and laser based microprojectors. Since 2009 he has been working on multimode and multicore components, wavelength selective switches and optical amplifiers, and numerous first experimental demonstration of long-distance high-capacity space-division multiplexed transmission over multimode fibers and coupled-core multicore fibers.
He is a fellow of the IEEE, fellow of the Optical Society of America, a Bell Labs fellow, and recipient of the 2018 IPS William Streifer Scientific Achievement Award. He authored/coauthored over 250 journal and conference publications, and holds over 50 patents.