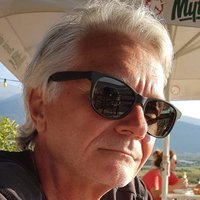 Norbert obtained a degree in electrical engineering from the University of Applied Sciences in Constance in 1987. Within Siemens, he began his career as hardware developer and designed boards for public telephone switching systems. Norbert entered software development in 2001 and took part in the implementation of voice and maintenance services for Siemens’ SURPASS system. In 2005, he switched tasks and focused on software hardening and security of the ‘Integrated Multimedia System’ (IMS). As member of the Program Control Team in 2006, he was responsible for the security of the FMC (Fixed Mobile Convergence) system of Nokia Siemens Networks. Norbert joined Nokia research in 2009 and covered security, privacy and cloud topics. In 2015, Norbert’s main activity focused on privacy-respecting analytics and data-mining topics. Since 2016, Norbert is working in Nokia’s Bell-Labs.