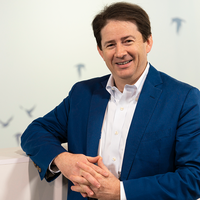 Named among Global Telecoms Business ‘Top CTOs to watch in 2015’