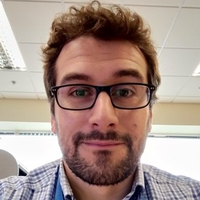 Lorenzo Galati Giordano (M’15, SM’20) is Member of Technical Staff at Nokia Bell Labs Ireland since 2015. Lorenzo received the M.Sc. and the Ph.D. degrees in wireless communication from Politecnico di Milano, Italy, in 2005 and 2010, respectively, and the master's degree in Innovation Management from IlSole24Ore Business School, Italy, in 2014. He was also Marie-Curie Short Term Fellow at University of Bedfordshire (UK) in 2008, researcher associate with the Italian National Research Council in 2010 and R&D Engineer for Azcom Technology, an Italian SME, from 2010 to 2014.  Lorenzo has more than 10 years of academical and industrial research experience on wireless communication systems and protocols, holds commercial patents and publications in prestigious books, IEEE journals and conferences. Lorenzo’s current focus is on future indoor networks and next generation Wi-Fi technologies, an area where he is contributing with pioneering works on large antenna arrays solutions for the unlicensed spectrum.