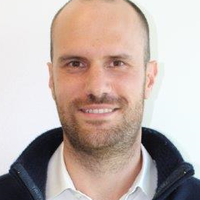 Lorenzo Maggi holds a PhD in applied mathematics and a Master’s Degree in telecommunication engineering from Eurecom (France) and University of Pavia (Italy), respectively.

He is research scientist at Nokia Bell Labs, where he designs algorithmic solutions for 5G networks on beamforming, energy efficiency, power control, and radiation mitigation. Several of such use cases have been showcased in customer network trials.

Prior to that, Lorenzo worked at Huawei Technologies on algorithmic solution for fixed network, and routing in particular.

He relishes working at the border between theory and practice.