A single college course can often inspire a life-long journey, or at least set the direction for a professional career.  Such was the case when Lisa Zhang enrolled in a course entitled “Introduction to Algorithms” during her sophomore year at Wellesley College.  The process of defining simple steps that could resolve complex problems while adhering to a set of real-life and uncertain constraints was an eye-opener for Lisa, and something that she went on to examine in a far more detailed level.

After graduating from Wellesley, she was accepted into the Applied Mathematics PhD program at the Massachusetts Institute of Technology.  There, she soon found a problem set that was an ideal target for her now more comprehensive knowledge of algorithms; she began her exploration into methods for optimizing network routing and managing latency.  In 1996, that interest led Zhang to seek-out an internship at Bellcore where she could advance her research in a far more operational way.  Bellcore was the research organization that had been hewed to a large extent from Bell Labs at a time when newly created carriers in the United States sought to have their own R&D capability.  Over the years, Bellcore’s mission had changed. But amongst those in the research organization, culture and values never drifted too far from their Bell Labs roots.

That was clearly evident to Zhang during her internship there.  When she completed her PhD a year later, Lisa was convinced that her future lay at Bell Labs.  Her interviews only confirmed that conviction.  “I met so many wonderful people.  One in particular was Mihalis Yannakakis, a Knuth Prize winner and recognized expert on computational complexity theory.  He ultimately became my hiring manager.”

“One of the happiest times in my professional career was when I received the letter from Bell Labs inviting me to become a Member of the Technical Staff” noted Zhang.  “It was just so intellectually inspiring.” She went on to highlight the collegial relationships and her supportive management who encouraged her self-directed research.  “These are some of the attributes that make Bell Labs so special.”

This was also one of the happier moments outside of her professional career.  Zhang’s husband-to-be, who was in the same PhD program at MIT, had also been offered a position at Bell Labs. In 1999, two years after they both joined, they were married. 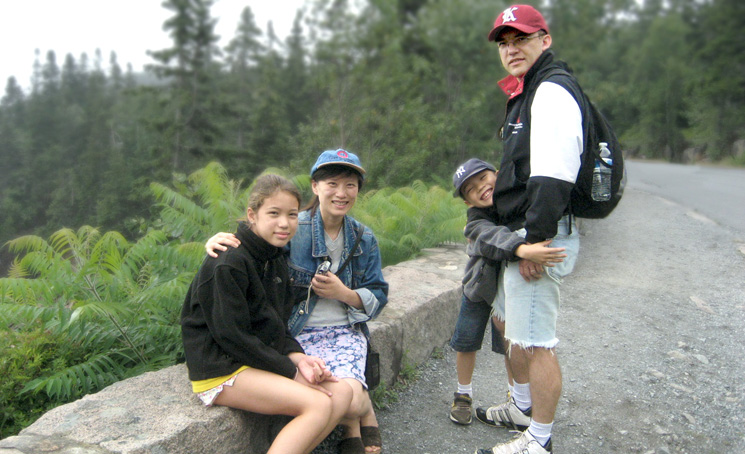 Soon after joining Bell Labs, Lisa focused her expertise in algorithmic and related methods towards the process of designing and deploying optical networking infrastructure.  A considerable amount of analysis had already been applied to this subject, but much of it had been developed under idealized or theoretical frameworks.  Zhang’s experience with more realistic scenarios and real-life constraints exposed the shortcomings of these methods.  Her research, published in multiple articles, explored these and proposed more realistic alternatives.

Zhang next turned her attention to building more energy efficient routers – well before this topic was de rigueur. And most recently, her research has been focused on analyzing extremely large sets of data associated with network interactions and discovering variations of smaller communities within that network.

In summarizing her experience at Bell Labs by noting, “I’ve only had positive experience working with my colleagues, whether that work was related to research topics that lead to publication or more immediate customer-facing projects.”