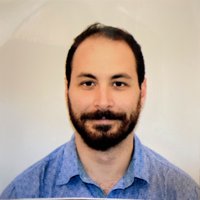 Lefteris (Lef) Kampianakis received the B.S. and M.S. in Electronic and Computer Engineering from the Technical University of Crete, Greece. His diploma thesis on over-the-air programmable wireless sensor networks (WSN) received the best diploma thesis award on the pan-hellenic IEEE thesis competition for the years 2009-2011. During his M.S. he developed low-cost and low-power WSNs for environmental sensing exploiting backscatter communication principles. He received his Ph.D from the Department of Electrical Engineering at the University of Washington where he developed high data-rate ultra low-power backscatter communication systems for brain-computer interfaces. His PhD work was nominated for the James Yang outstanding doctoral student award (top 3). His research work has been published in over 15 peer-reviewed journals and conferences. From 2018-2022 he worked as a Senior Electrical Engineer at the RnD team of Cirtec Medical where he was developing novel Class III implantable medical systems for neural sensing and neuro-modulation. In June 2022 he joined the Nokia Bell Labs Data and Devices team as a Backscatter Devices Researcher where he is one of the tech-leads for development of ultra low power backscatter communication systems for sensing and localization. His research interests include backscatter communication, medical devices and wireless sensor networks. His hobbies include powerlifting, and dancing.