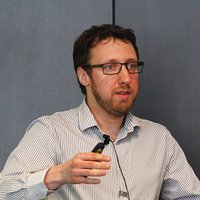 Laurent Schmalen is a department head in Bell Labs’ high-speed systems, signals and processing group within the IP and optical networks program, at Nokia Bell Labs. Dr. Schmalen received both his Dipl.-Ing. degree in electrical engineering and information technology and his Dr.-Ing. degree from the RWTH Aachen University of Technology, Germany in 2005 and 2011, respectively. His research interests include forward error correction, modulation formats and information theory for future optical networks as well as joint source-channel coding. He is a senior member of the IEEE, a two-time recipient of the Friedrich-Wilhelm award, and received the E-Plus award for his Ph.D. thesis. He furthermore received the best paper award of the 2010 ITG Speech Communication Conference, the 2013 best student paper award at the IEEE Signal Processing Systems (SiPS) workshop and the 2014 IEEE Transactions on Communications Exemplary Reviewer Award. Since 2014, Dr. Schmalen also serves as guest lecturer at the University of Stuttgart where he is teaching an advanced course on error control coding.