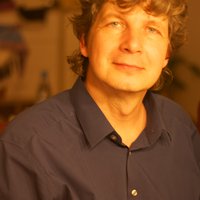 Klaus Satzke was born in Bremen, Germany on December 7, 1960. He received the Diploma and PhD degree in physics from the Philipps-University of Marburg in 1990, and spent one year of post-doctoral research in the Centre National d’Etudes des Telecommunications (CNET) research centre in Paris, and a second year in the Advanced Sources department at BNR Europe Research labs in Harlow, UK. He is fluent in several languages, including french, english and spanish.

He has been an active contributor to several national and EU funded research projects such as SerCHo, G-Labs, OPUCE, IRMOS, ENVISION and eCOUSIN. He has also been acting as co-chair of the EU Collaboration Work Group on “Virtualised Service Platforms”. He has been one of the contributors to the KNIX open source project on serverless computing. He also has been a long-time member of the Alcatel-Lucent Technical Academy, and worked as chair of the Green Touch Application Taxonomy Group.

His current research interest is focused on software systems science, in particular large-scale cloud systems and networks, IoT and decentralised systems, as prerequisites for future computing infrastructures like cyber-physical systems and the metaverse.

Since 2011 he works as reviewer for EU-funded projects and project proposals as a Technical Expert on invitation by the European Commission. Also, he is a member of the IEEE.