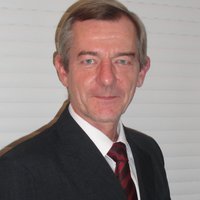 Jean-Pierre dedicated many years to the experimental study of nonlinear effects in optical fibres and their influence on the design of transmission systems. From 1984 to 1990, he was with the Free University of Brussels, Belgium, and involved in the investigation of basic nonlinear effects in optical fibres. He co-authored the first experimental demonstration of dark-soliton propagation in normal dispersion optical fibers. In 1991, he joined Alcatel to launch novel research studies on optical nonlinearity impact in submarine transmission systems. He reported on the first demonstration of system benefit of new large effective area optical fibre. This type of fiber laid the groundwork for a whole new generation of fibers. From 2007 to 2014, Jean-Pierre led Research on Optical Systems at Alcatel-Lucent and then Nokia Bell Labs, which combines the forces of US, German, and French teams. The Team holds a large series of world records and premieres, definitely contributing to the product portfolio and to the image of technology excellence of Nokia. After spending 3 years as research liaison and in charge of building new strategic partnerships with French academic entities, he joined the III-V Lab as Chairman and Managing Director in 2017. Jointly operated by Nokia, Thales and CEA, the III-V Lab performs R&D on opto-electronic and micro-electronic components based on III-V semiconductor alloys and provides pre-commercial and customized production of III-V components and epitaxy wafers for innovative products at the core of the parent-companies systems.

The story started well before, at 12, when Fernand Hamaide, his father, tried to explain to him the constitution of vacuum tubes and the role of the grid in a triode! He didn’t understand anything at the time, except that he intimately felt that physics and electronics are exciting fields. And it was as a TV repair technician that he started to learn, and one of his proudest memories was when he successfully repaired his first broken TV, even if it appeared that it was simply due to a fuse break!

IEEE
Member of the technical program committees of several conferences, including ECOC
Member of the International Advisory of the COMINLAB consortium of french communication research labs
Member of the Startegy Board of the "Commission Stratégique Défi Photonique"

Selection of five publications, reporting on a couple of premieres: