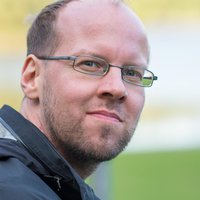 I hold a Ph.D. degree in physics from the University of Kuopio (now University of Eastern Finland), Finland, in 2004 and 2008, respectively. Previously I have worked as an academic researcher developing methods for Bayesian inverse problems and applications. After PhD, I made post-doctoral visits to UC Berkeley, California and Univerisity of Auckland, New Zealand. Currently I am a Senior Researcher with Nokia Bell Labs, Espoo, Finland, where his research interests include deep learning in various areas including wireless communications.

Licentiate of Philosophy, Physics, University of Kuopio. Sep. 2005. Thesis title: Estimation of the thermal
parameters in tissue with focused ultrasound and MRI temperature
mapping. An extension of master's thesis including Monte Carlo analysis.