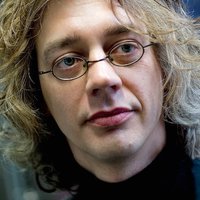 Between 2000 and 2003, he worked in Network Strategy Group where he contributed to the definition of the company’s strategy in IPTV.

In 2003 he returned to research to start up the Residential Networked Applications project, which created the interactive IPTV applications AmigoTV and MyOwnTV.

Later on, this group evolved into the Visual Communication Department, a multi-disciplinary team researching and designing immersive and engaging communication experiences at home and in the office. Real-time video communication and 3D virtual environments constituted the technological roots on which the team grafted its research activities. Jan and his team were heavily involved in Bell Labs’ immersion research activities.

Since 2012 he has been hunting and analyzing emerging technology and usage trends to inspire and guide the research activities of the Networked Applications and Devices Programs. His interests include Immersive Video technologies and applications, Augmented and Virtual Reality, Internet of Things and Wearable Devices, Neurocognitive Interfaces and Attention Aware Media.